THE SCHOOL OF ATHENS 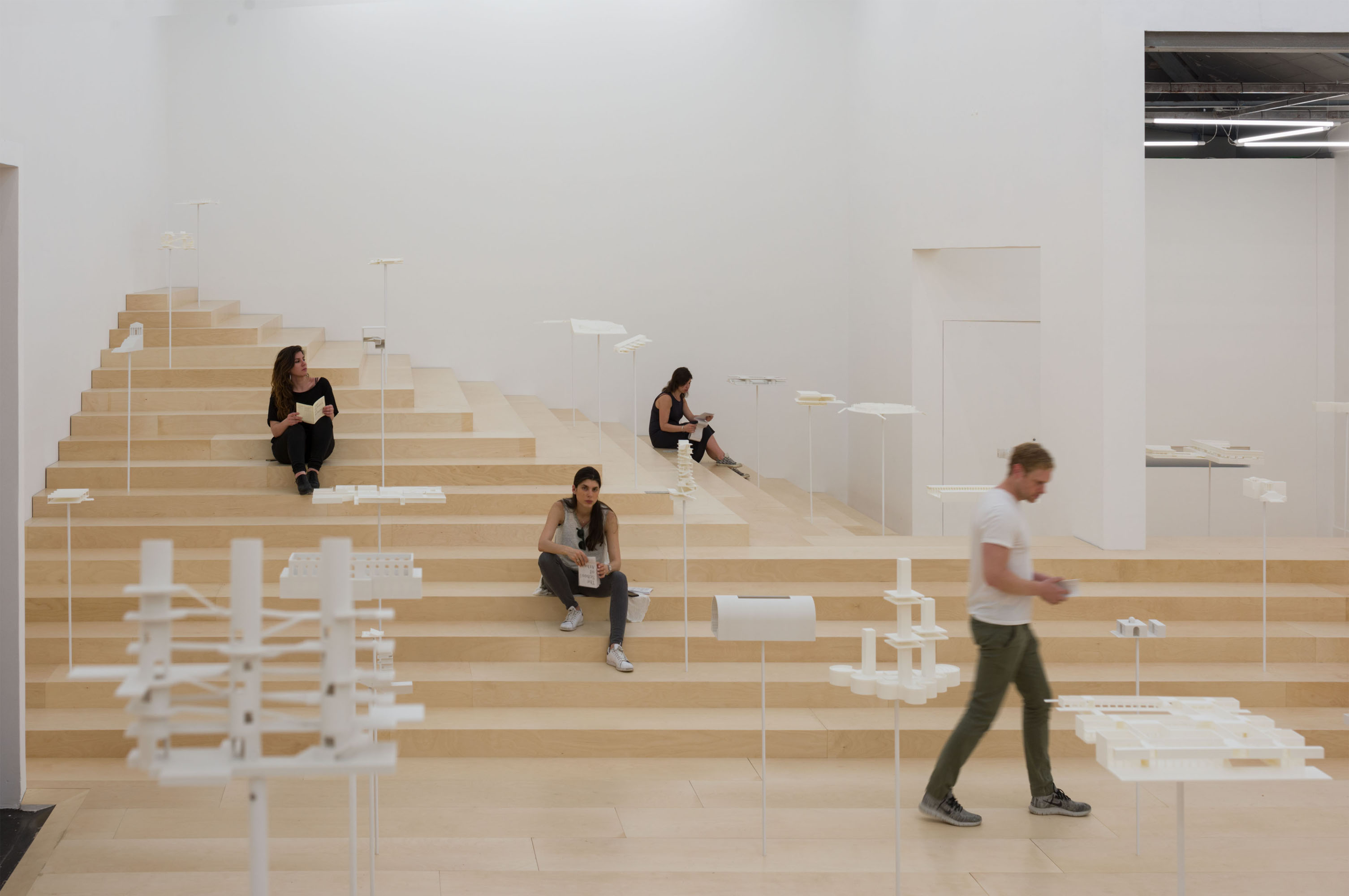 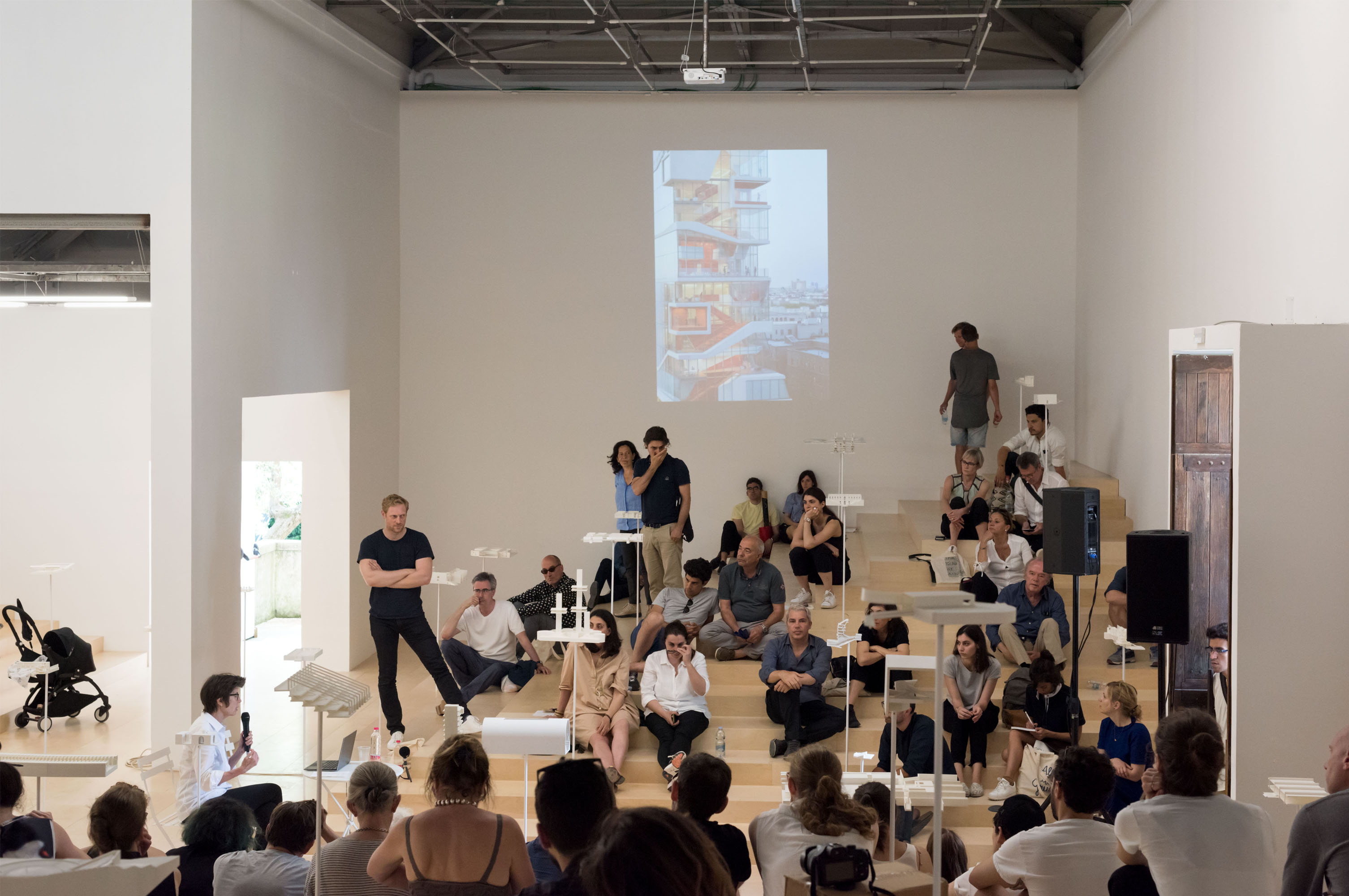 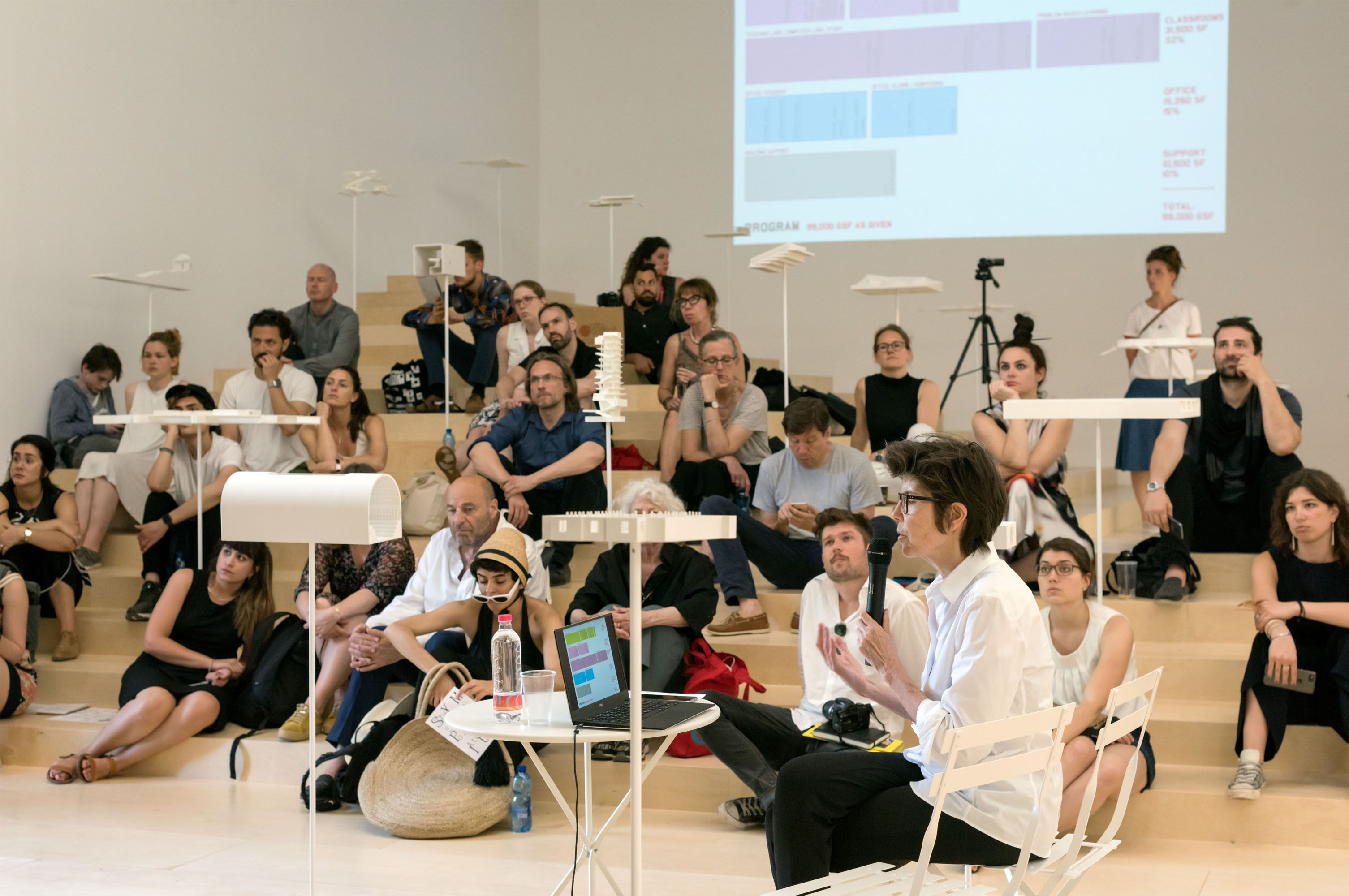 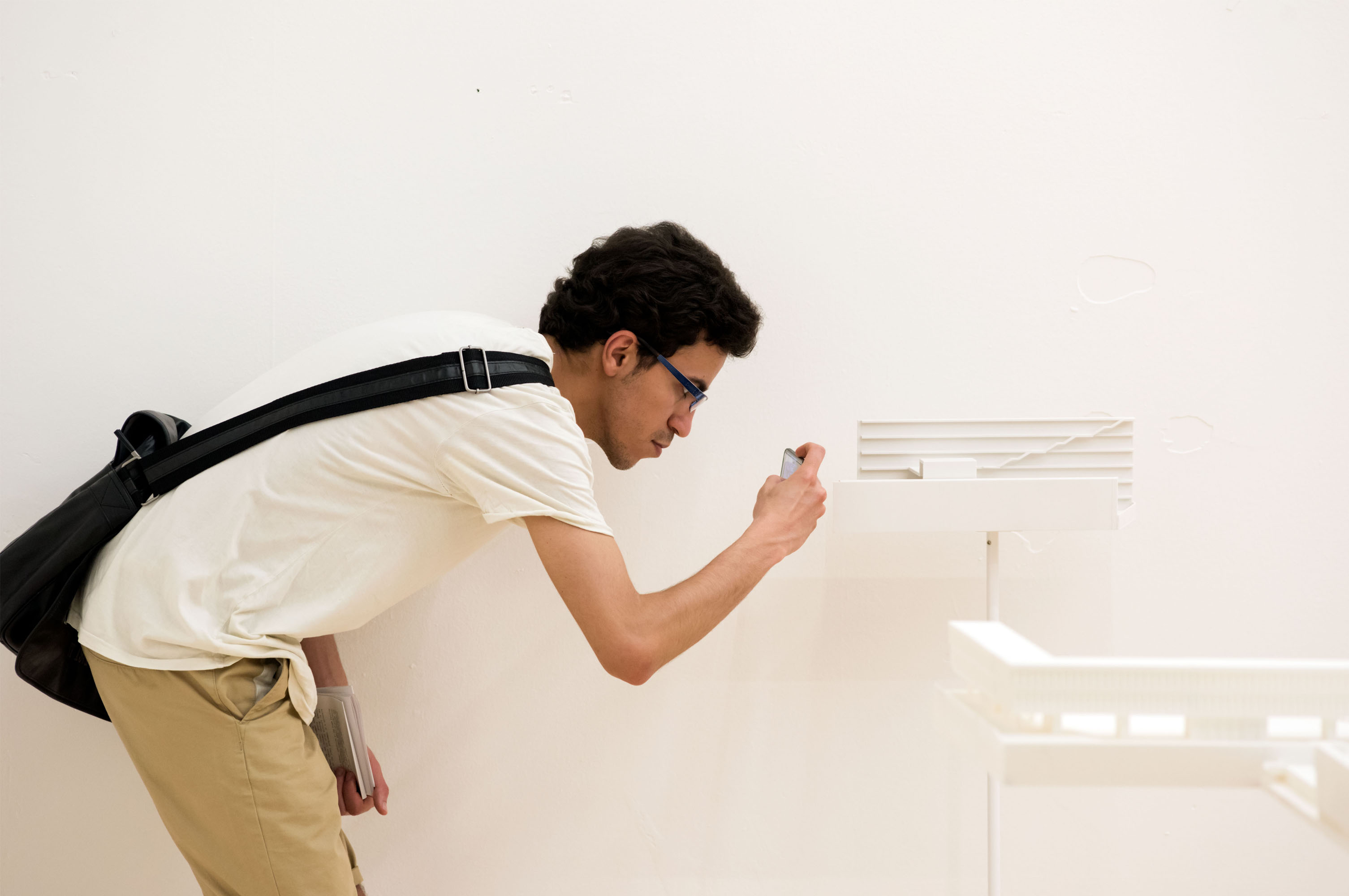 THE SCHOOL OF ATHENS

The School of Athens, the Greek Pavilion exhibition at the Biennale Architettura 2018, examines the architecture of the academic commons – from Plato’s Academy to contemporary university designs. Referencing Raphael’s famous fresco, the Pavilion is transformed into a stepped landscape – an open, informal, and common space that invites visitors to interact with fifty-six 3D-printed models of educational spaces from around the world and different architectural periods, both built and unbuilt. In the exhibition, curators Xristina Argyros and Ryan Neiheiser from the London-based practice Neiheiser Argyros have responded to the theme of “Freespace” set by Yvonne Farrell and Shelly McNamara by treating academic common spaces as architectural specimens — identified, categorised, and made available for analysis and comparison. Mounted on vertical steel bars, these models are organized in a grid that fills the pavilion equally in all directions. The models reveal the communal spaces within each university as part of an international student collaboration between the National Technical University of Athens and the Architectural Association in London. The project recognises that common spaces within the university – unprogrammed spaces for impromptu conversation, casual gossip, heated debate, pop-up lectures, networking, and informal teaching – are vital to the institution’s continued relevance and vibrancy. By constructing a stepped landscape, the pavilion space becomes a 21st-century School of Athens, reinforcing the social and collaborative theme of the exhibition, whilst also enabling individuals to learn and host informal conversations and lectures. With the support of NEON. 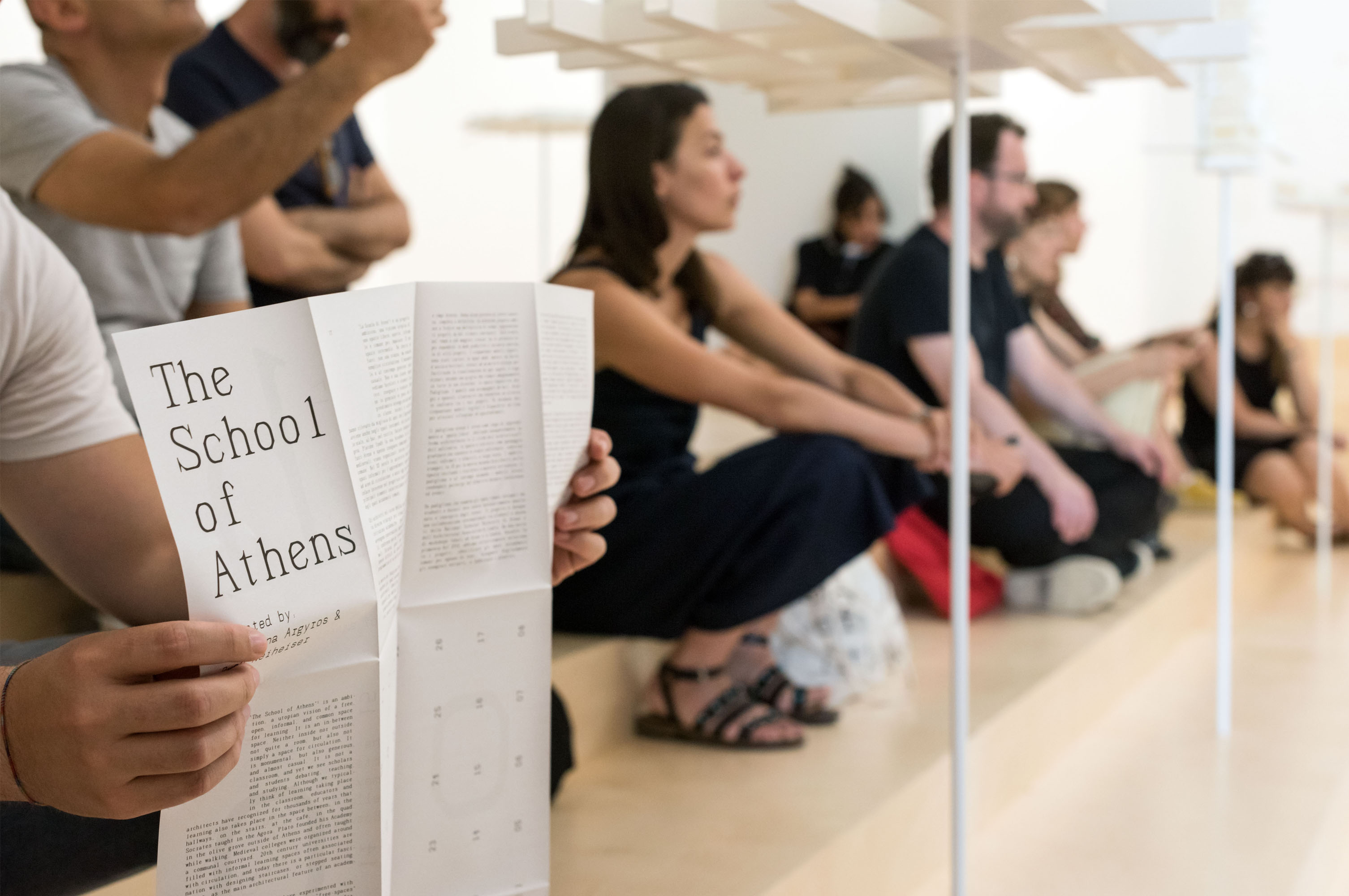 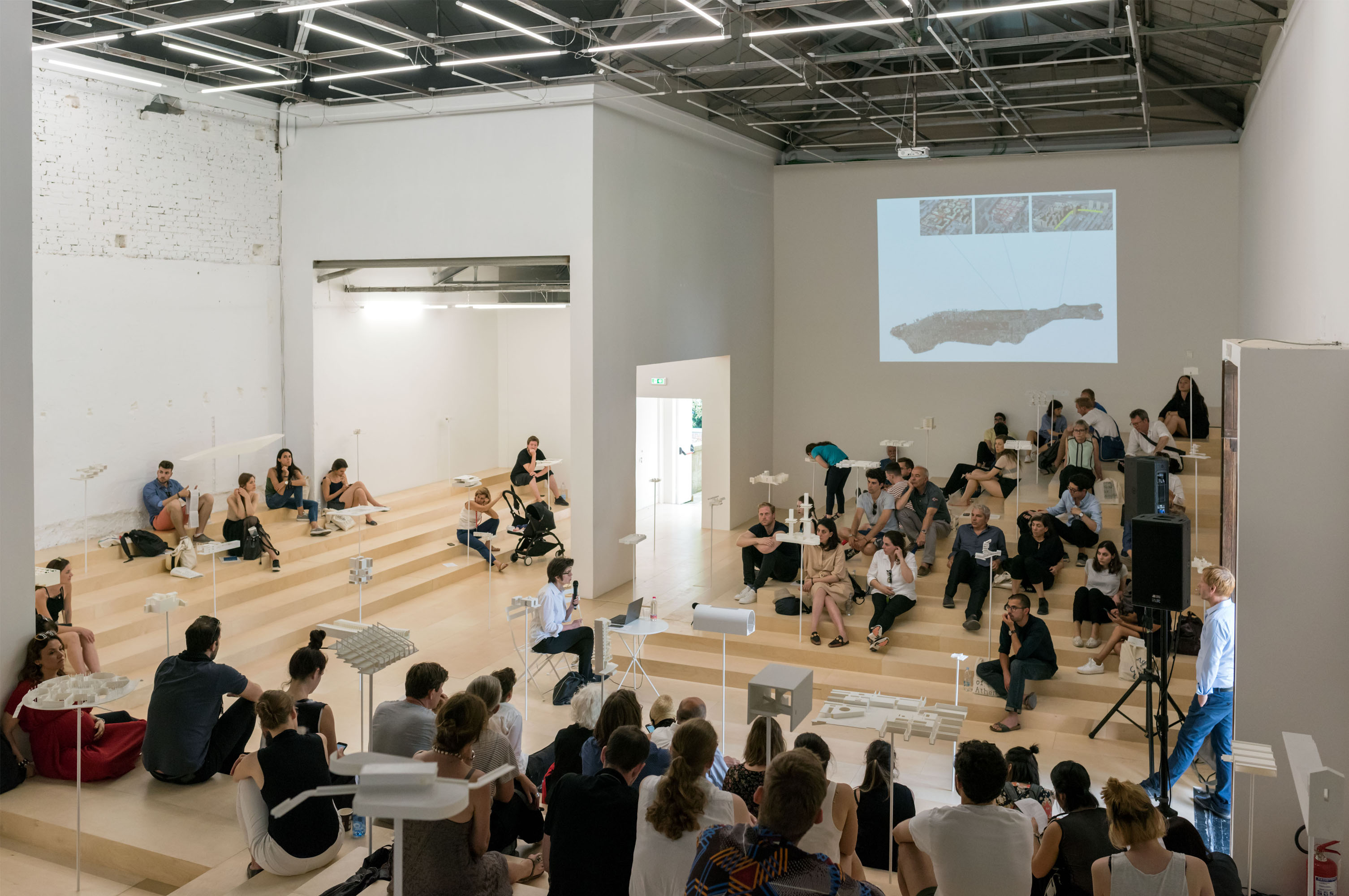 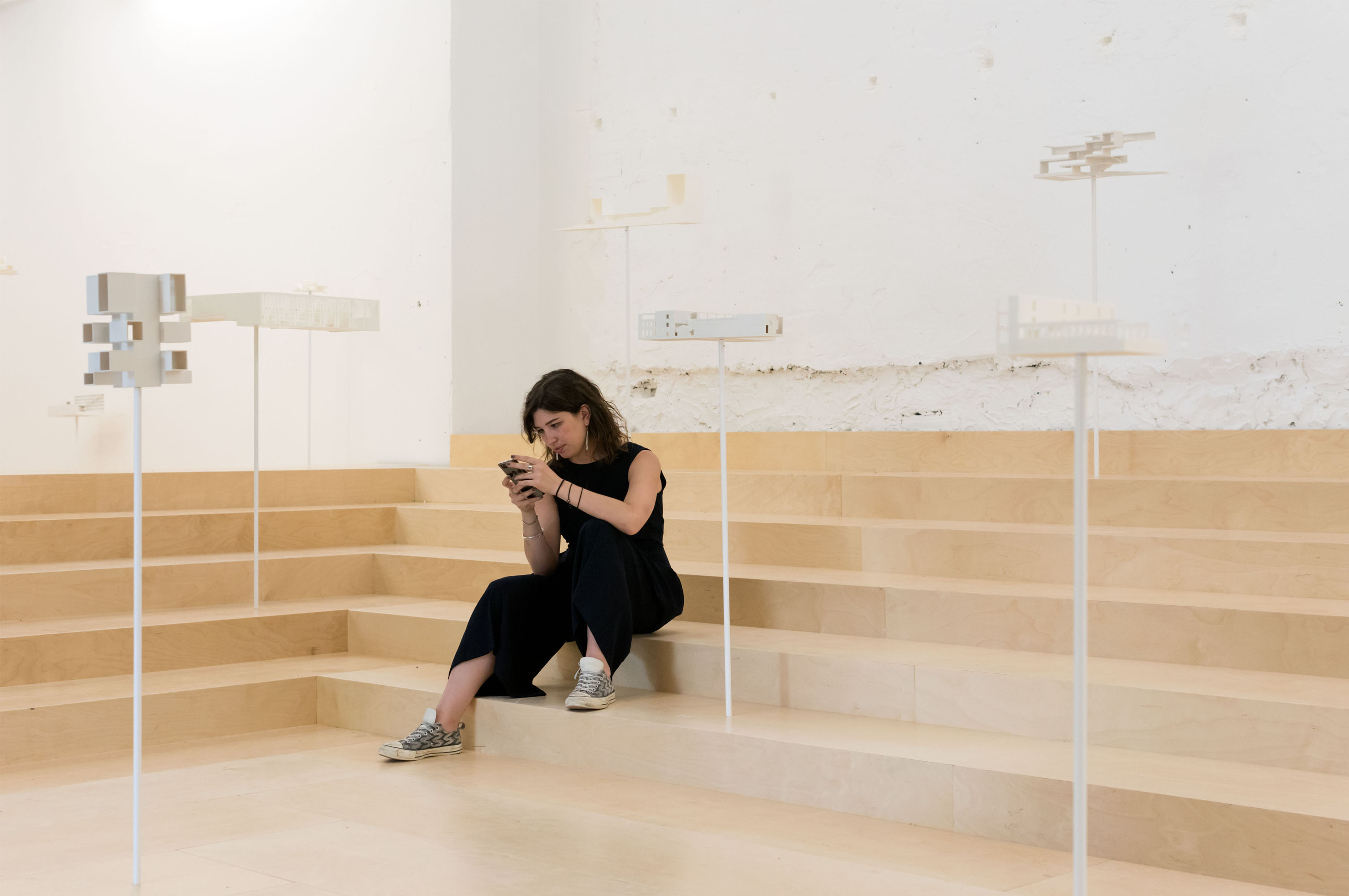 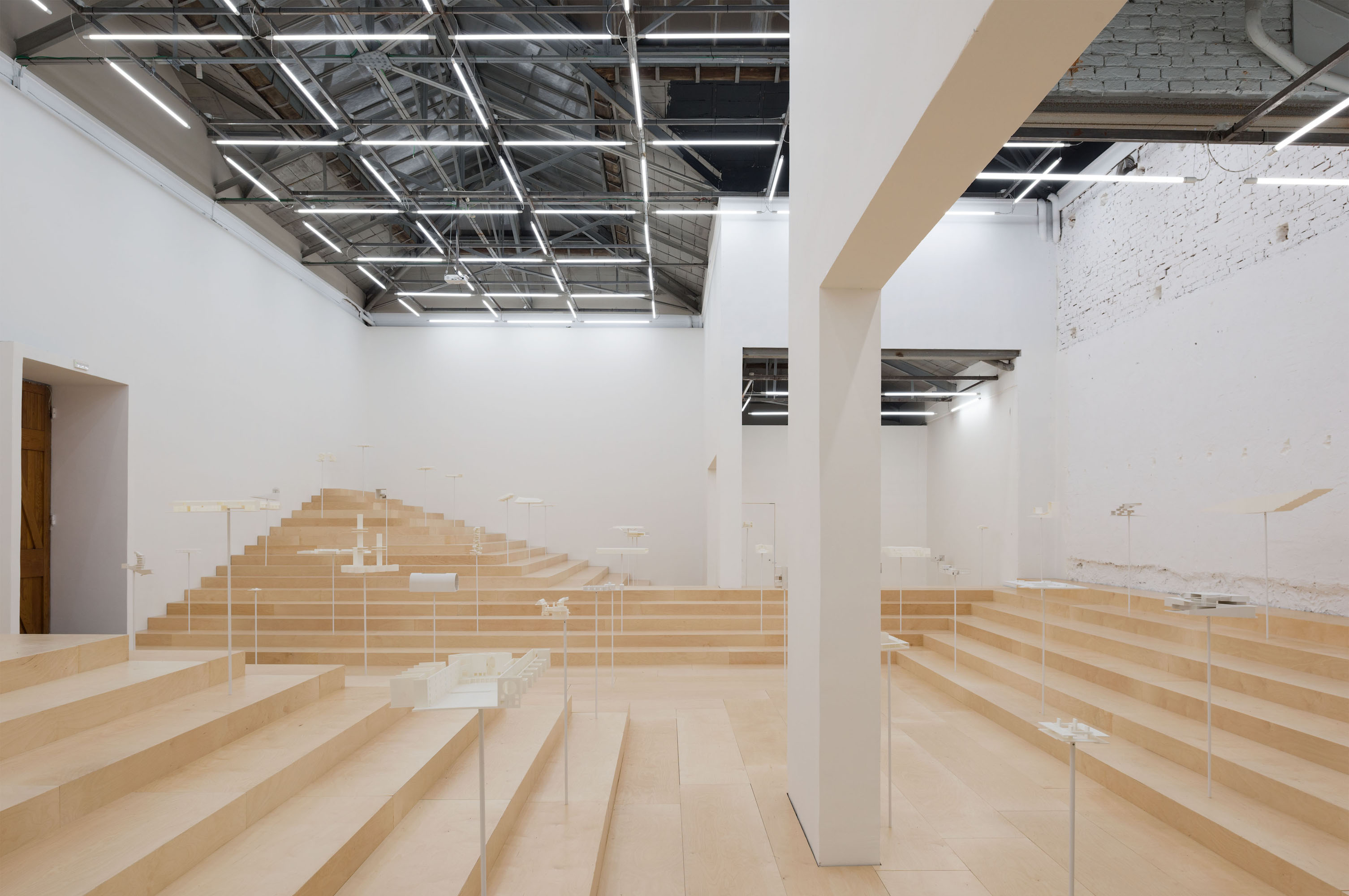 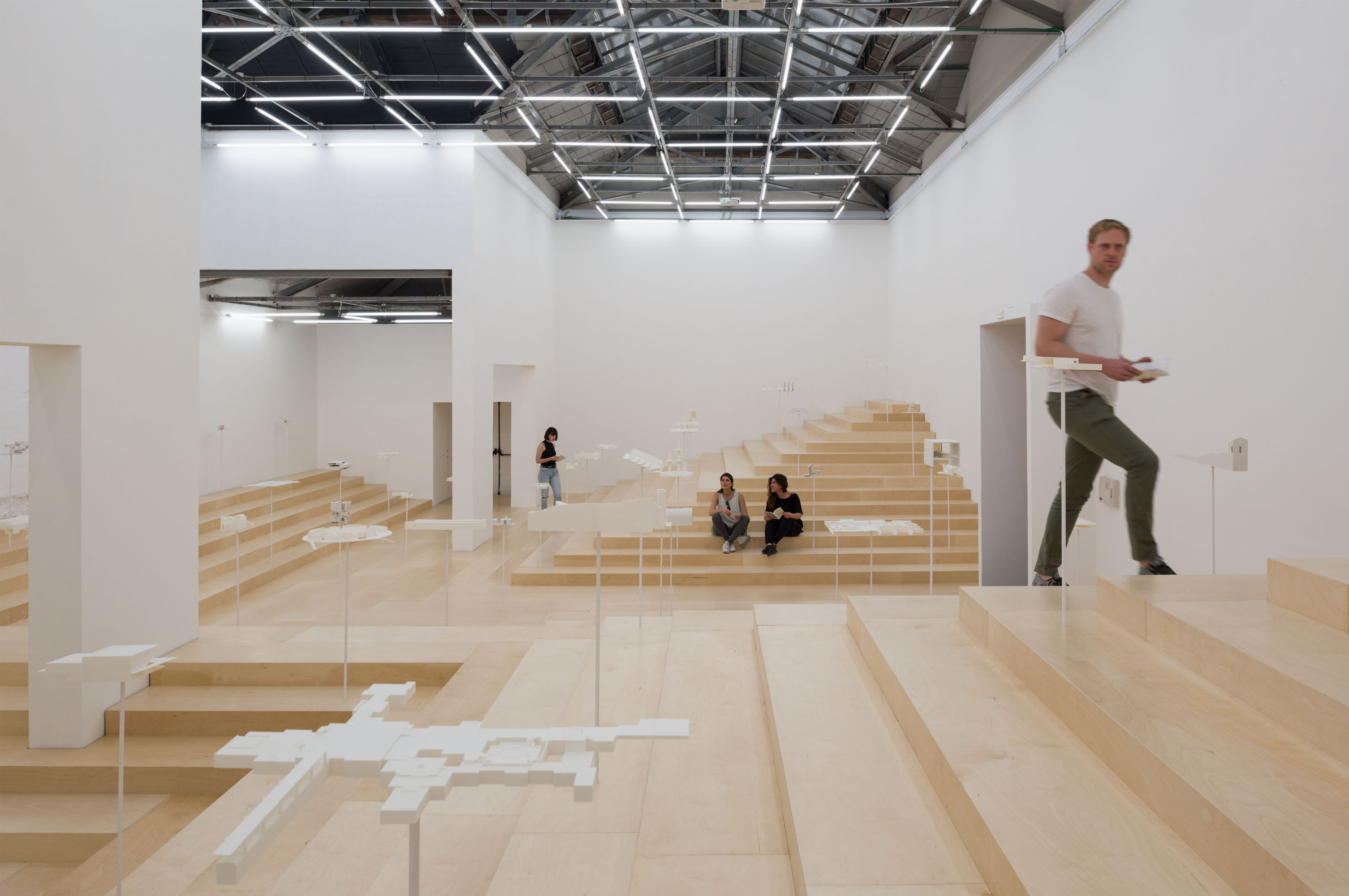 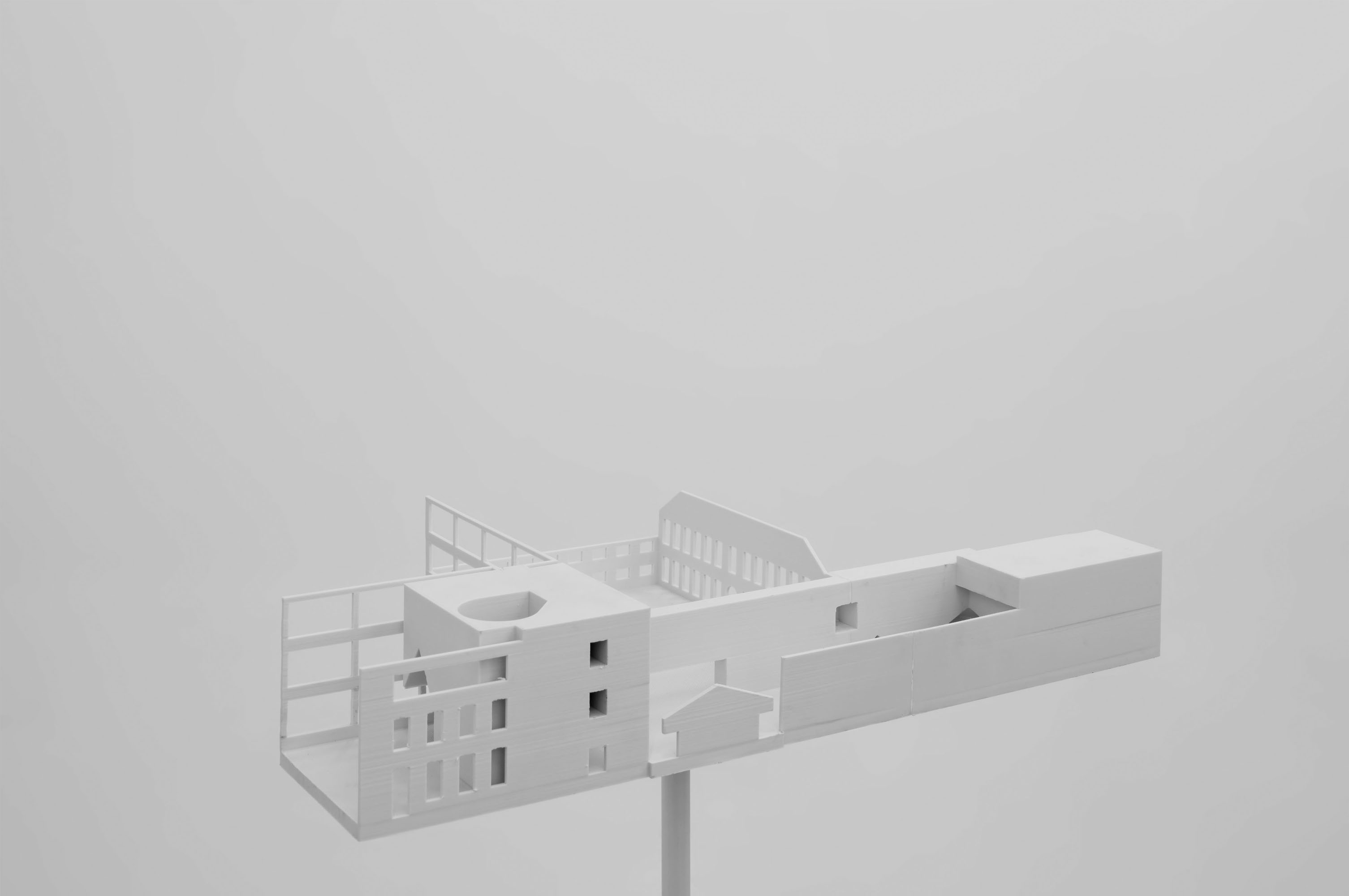