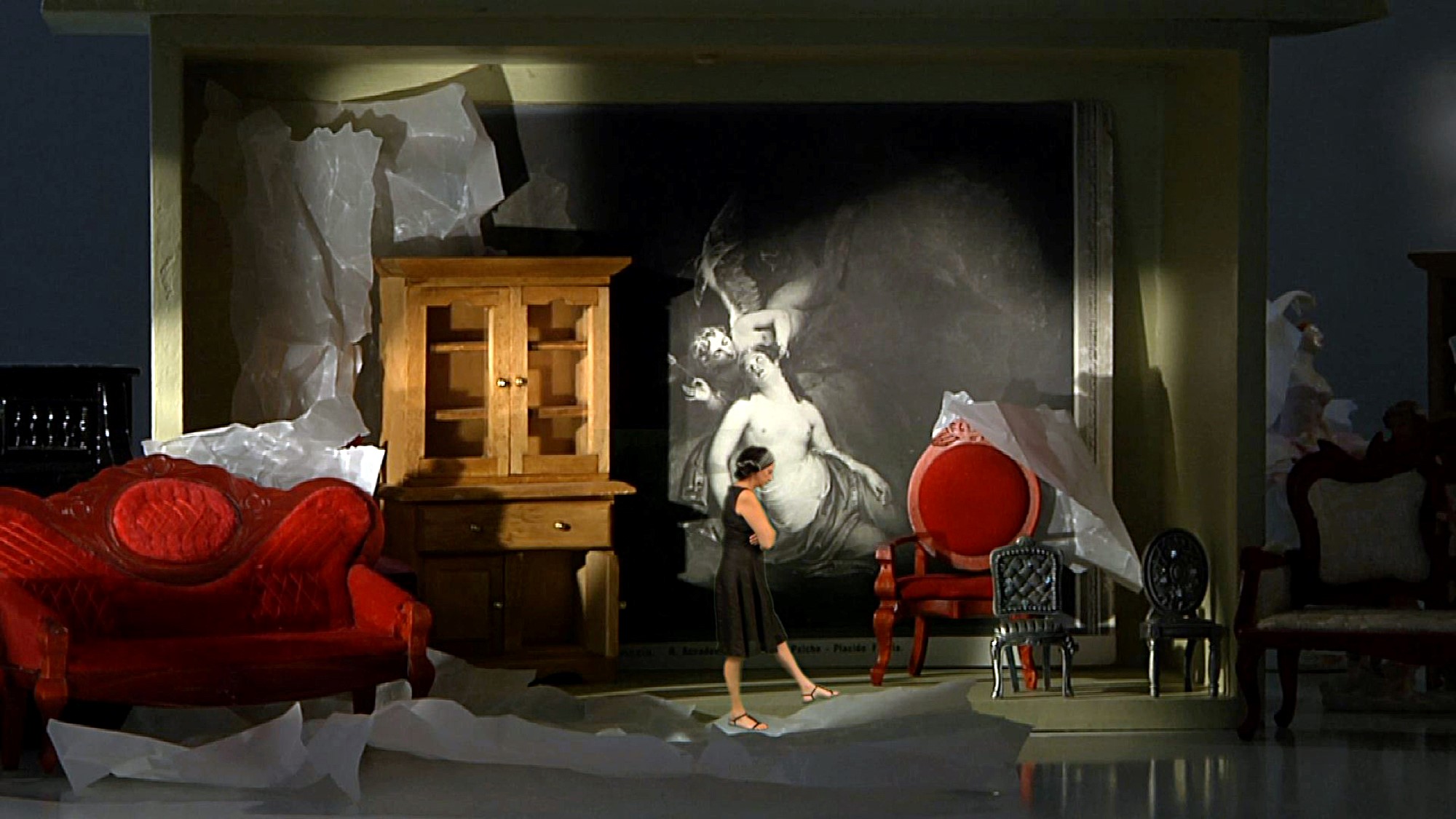 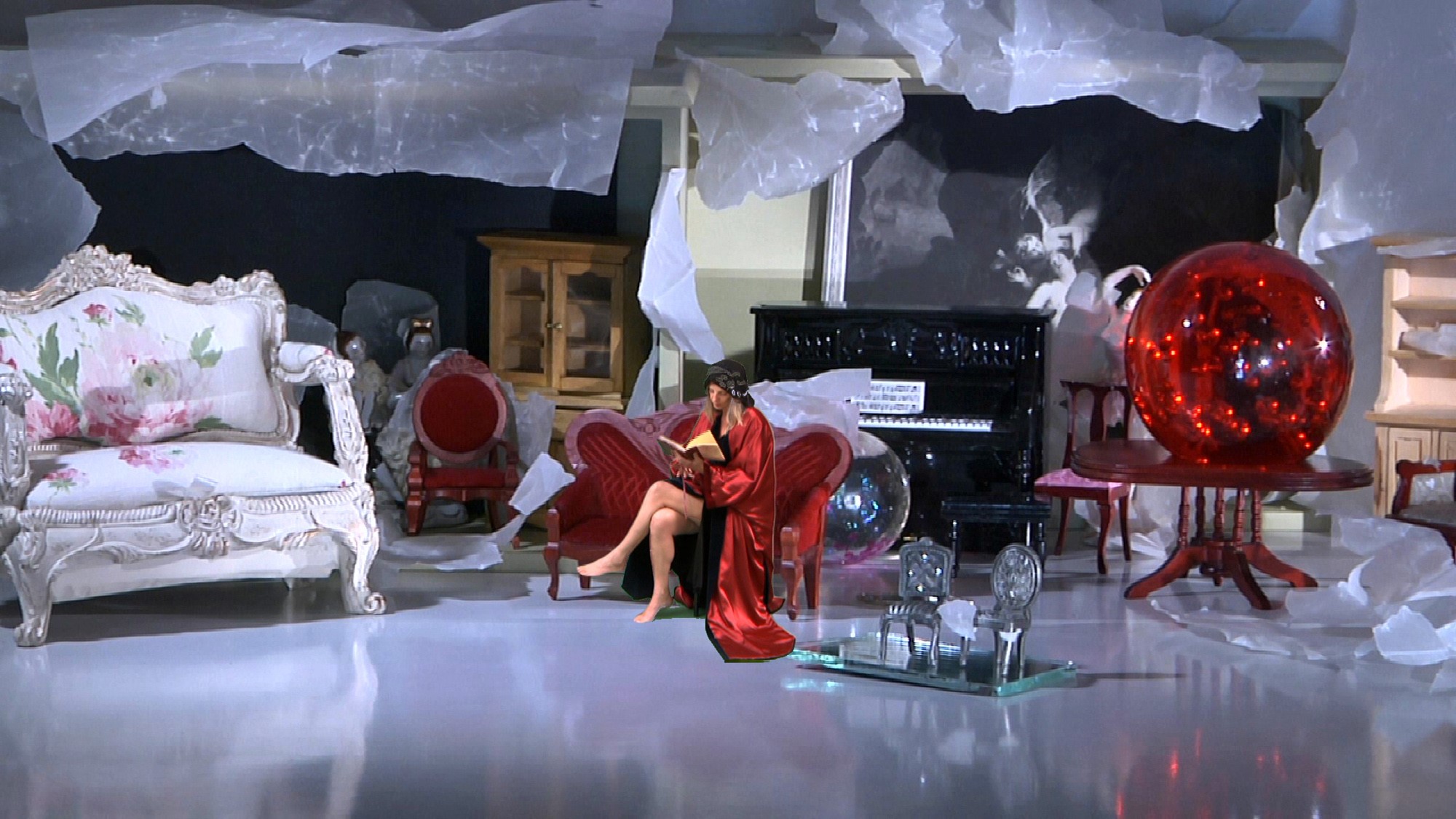 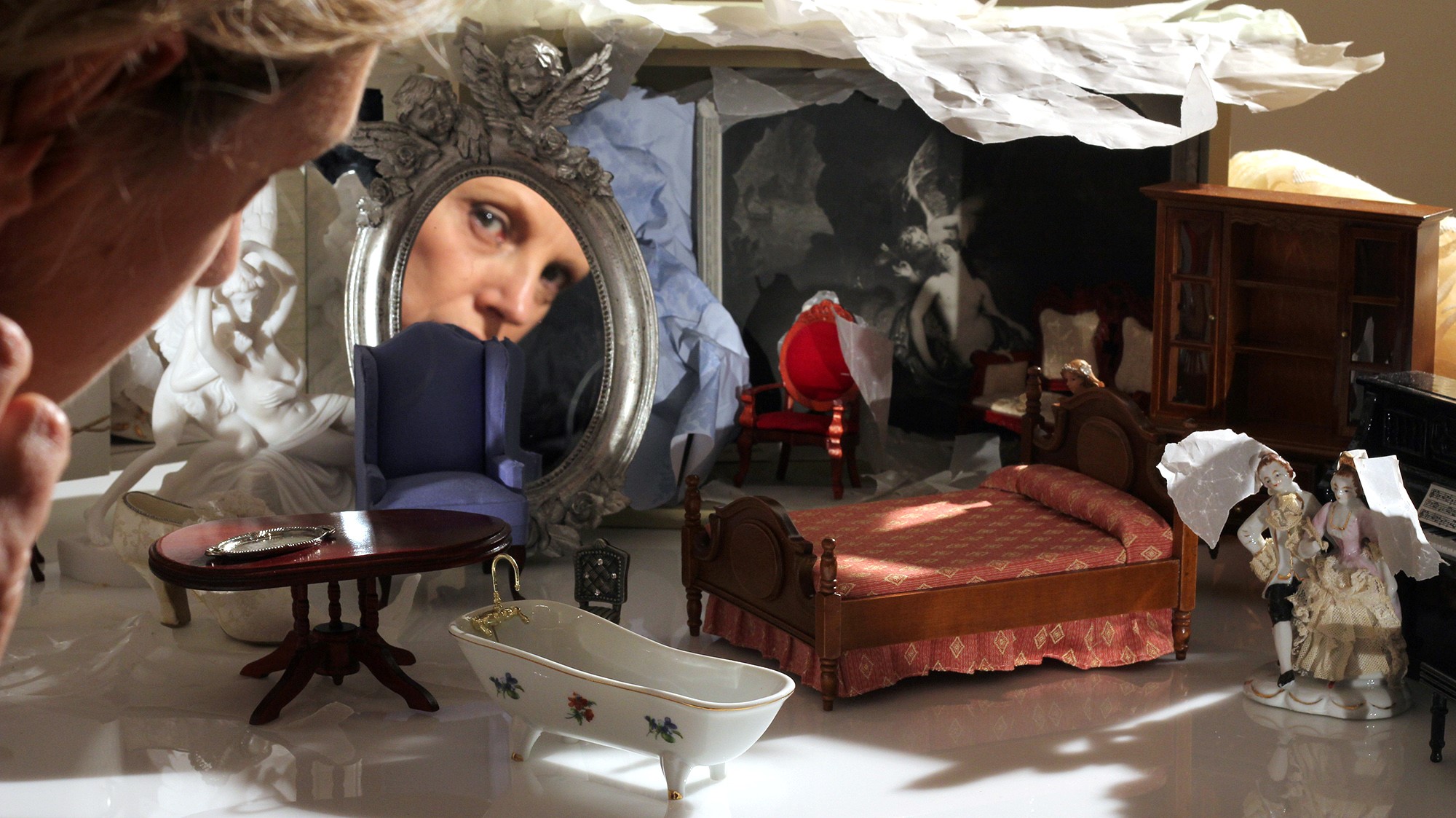 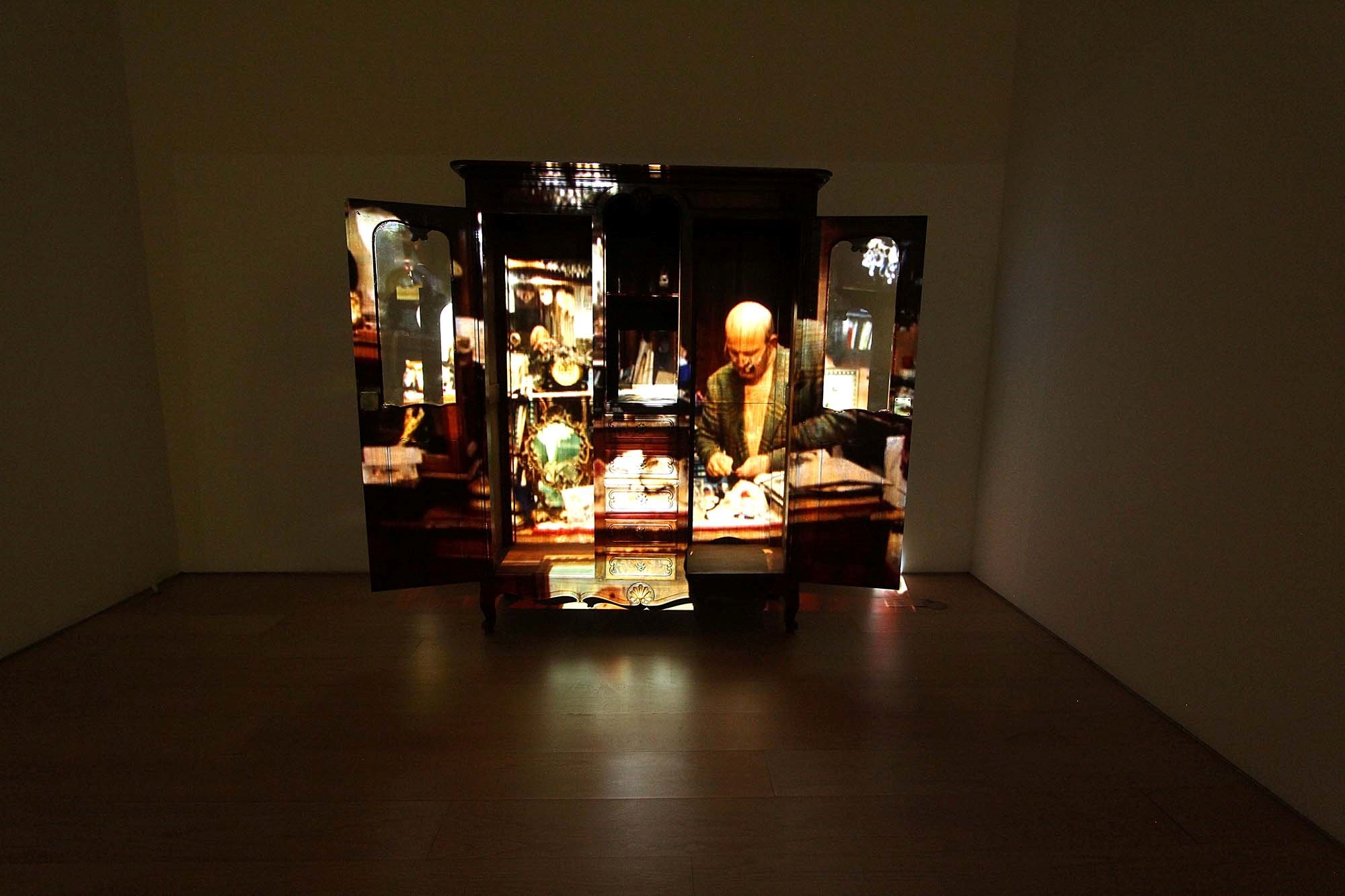 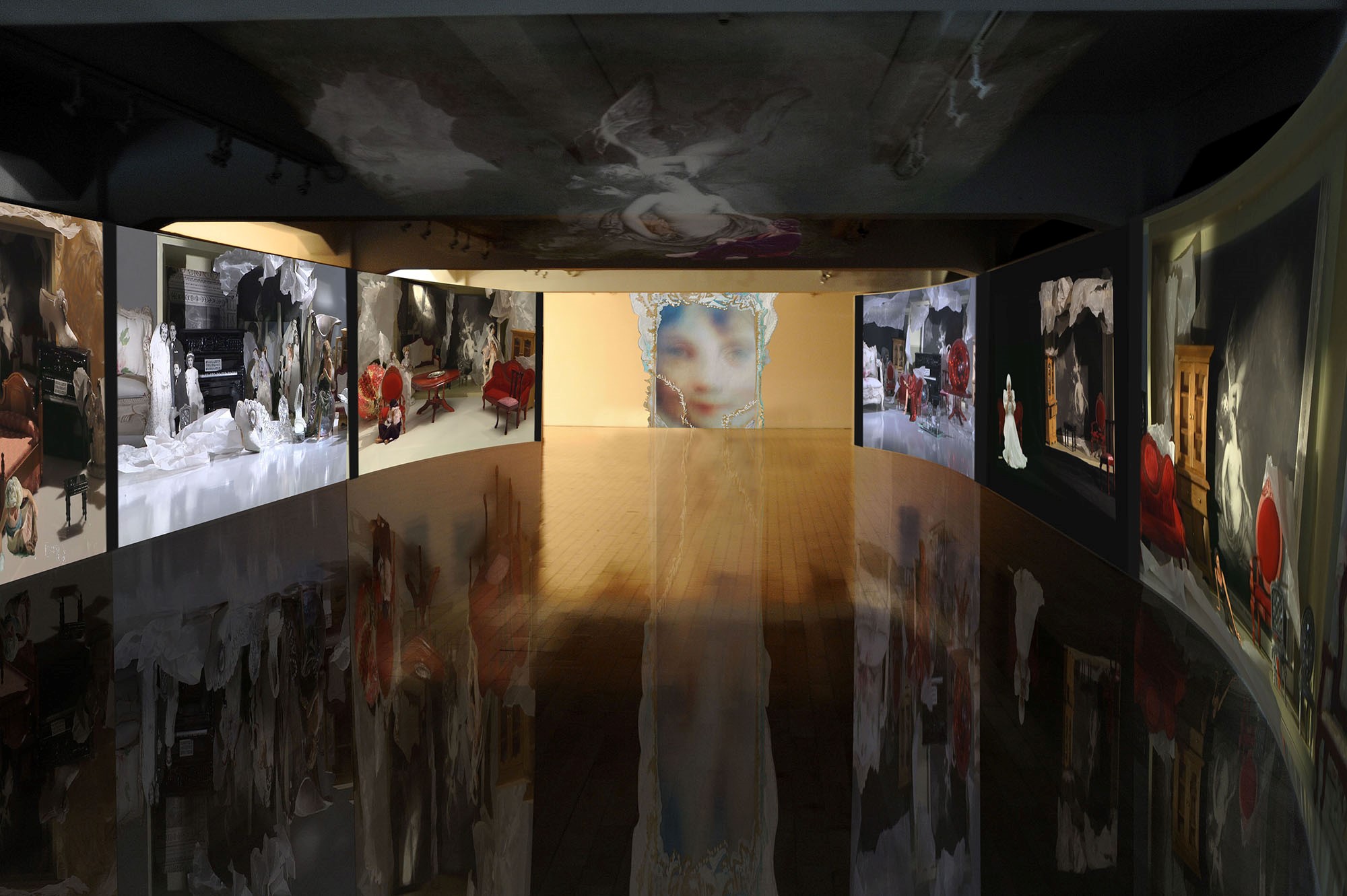 Katerina Zacharopoulou’s work “Petronella Oortman’s Dollhouse” is a modular visual narrative of scenes from the life of a woman into the constructed world of a doll-house. Inspired by the original Dollhouse belonging to Petronella Oortman created between 1686-1710 and exhibited today at the Rijksmuseum, Amsterdam, Katerina Zacharopoulou’s domestic scenes consist of an assortment of personal Mementos, photographs and decorative objects.
Cut from their initial frame of reference, they become the components of a claustrophobic scenery that hovers between reality and fairy tale, dream and nightmare.

Several different mental and emotional processes happen inside there: reading, walking, cleaning, waiting, contemplation, nail cutting, writing. The woman’s behaviour is sometimes distinguished by a calm mood of introspection and sometimes moving in the boundaries of obsession and mental disorder.

The project is a production of the Thessaloniki Center of Contemporary Art-State Museum of Contemporary Art. It was designed as an in situ video-installation, and was initially presented at Paradisos Baths -Bey Hamam in Thessaloniki in 2011. The exhibition of the work in the Benaki Museum consists of the video-performances that take place in the rooms of the Dollhouse. They set a path, with no logical sequence between acts, gestures, attitudes and behaviors that define gender identity. The work uses structural elements of the domestic environment in the process of subjectivity formation: the House “creates” its occupant the same way the occupant constructs her House.