WOMAN WATCHES HERSELF BEING LOOKED AT 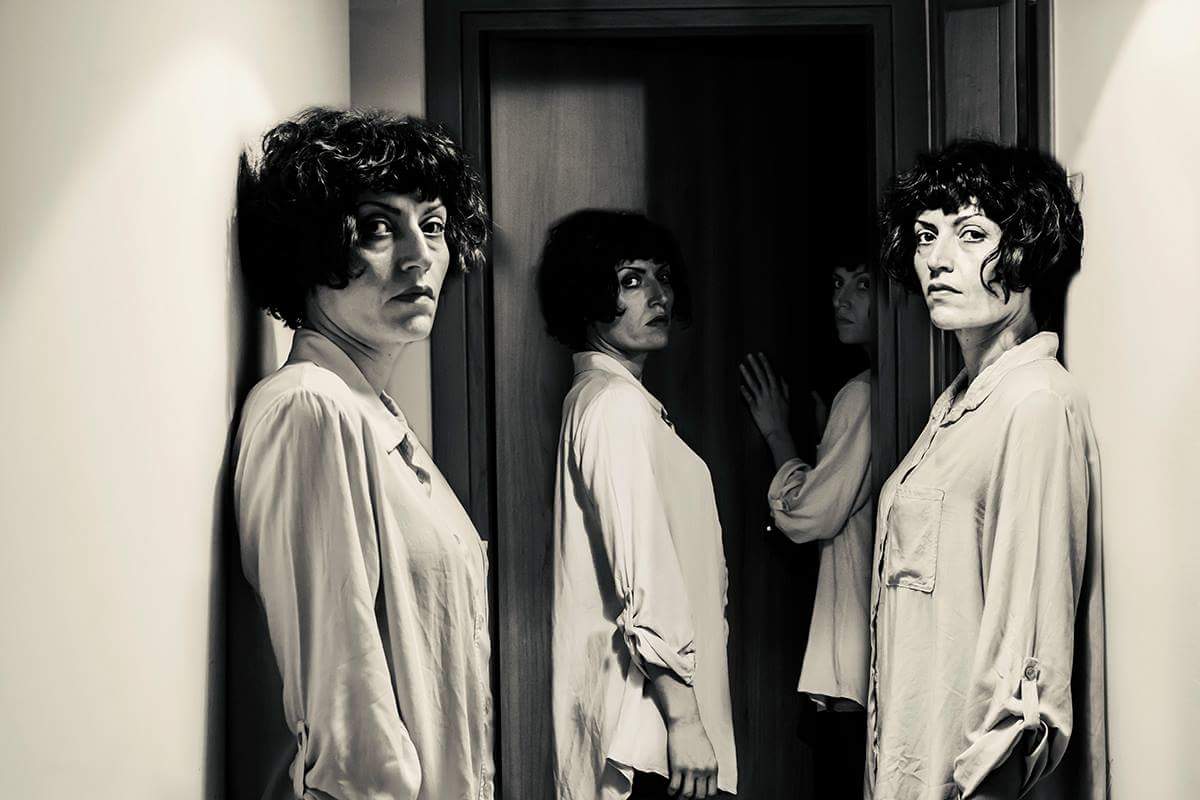 WOMAN WATCHES HERSELF BEING LOOKED AT

What is a woman’s relationship with the ever present male gaze? How has this gaze evolved in our current world of smartphones, Google, social media and in our daily struggle of self-transmitting and self-promoting imagery?

Stathis Athanasiou | Visual Artist, Stavros Gasparatos | Composer and Serafita Grigoriadou | Performer, create a performance and an interactive audio-visual installation for the gaze, its subjectivity, its positioning and its relation and interaction between the observer and the observed.

In the space, an Expanded Piano is occupying the space, controlling every sound heard and every video projected. The audience is free to wander in this space, while in a “secret” nearby room, a performer is waiting for someone to sit beside her.

The Expanded Piano is inspired by the works for “Prepared Piano” by John Cage, who inserted several external objects into the mechanism and the strings of the instrument, thus radically altering its sound. In the Expanded Piano installation, a grand piano is wired with microphones and sensors throughout its interior mechanism, and with the help of a computer, the sounds produced are instantly electronically manipulated, while at the same time the piano controls and manipulates all video projections. This way the instrument embodies the outcome of multiple reactions to a single action. With the support of NEON