THROUGH THE DISPLACEMENT OF DOORS, CHOOSE A DIALOGUE 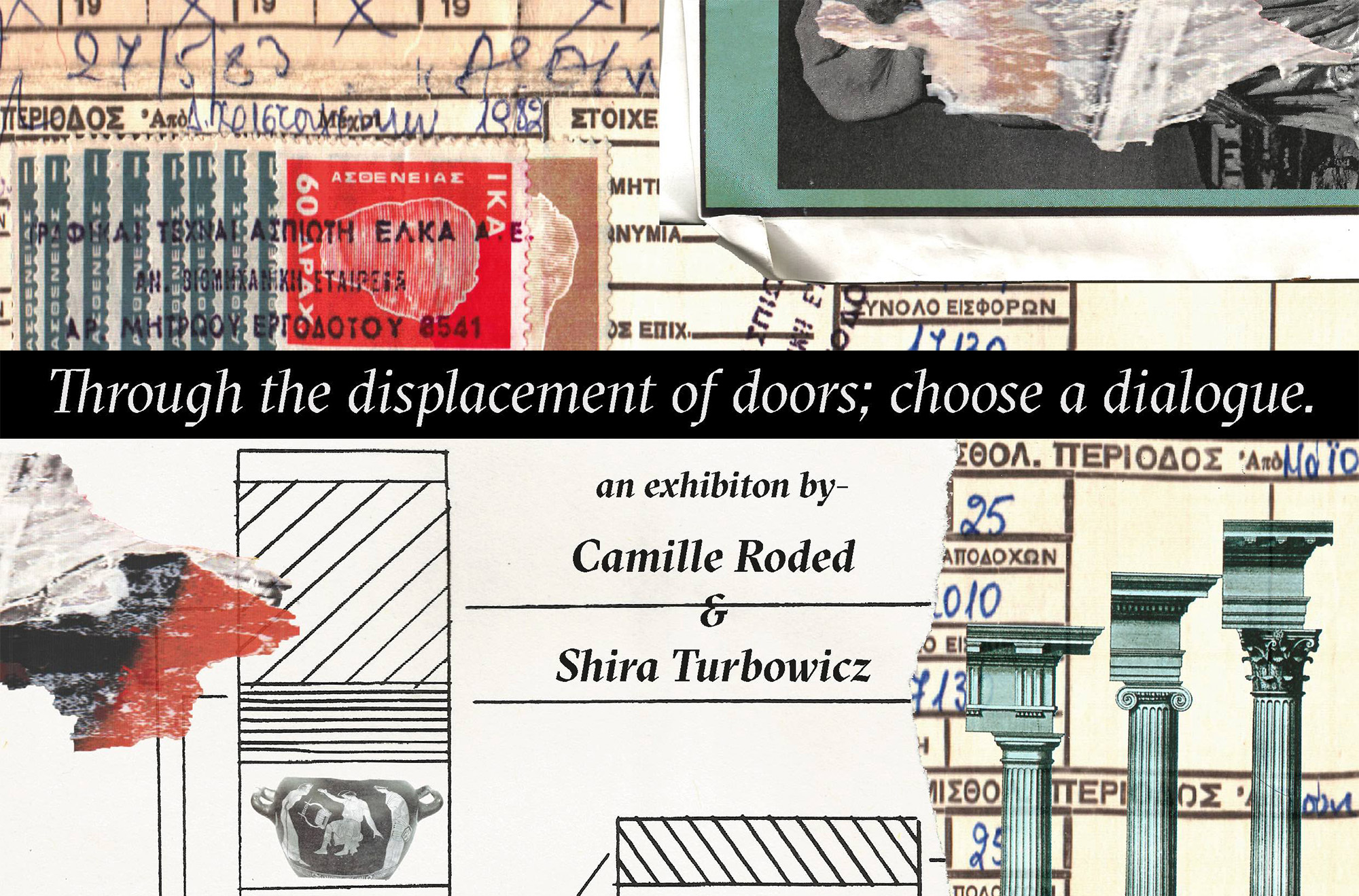 THROUGH THE DISPLACEMENT OF DOORS, CHOOSE A DIALOGUE

In September 2018 Shira Turbowicz and Camille Roded investigated the contemporary Athens art scene through conversations with several artists and the organisations that facilitate them. That research was documented through film and audio and included interplay of observation and direct intervention.

Now, a year later they have returned to Athens to create a physical extension for their films. They collected found objects and debris to convey an essence of the city through the arrangement of that material into the format of an installation.

The work aims to actively engage the viewer, encouraging them to walk around and explore the space, interacting with one another, touching different components while watching the films. The work presents the viewers with an environment that oughts to trigger a dialogue with Athens and its people to expand their comprehension of it.
Bios

Shira Turbowicz was raised in Israel and is based in London, a final year student in Central Saint Martins. In her work she tries to purvey social comments through non verbal communication mediums such as film and set design. Shira participated in projects promoting women empowerment in rural Uganda as well as a project to raise awareness in schools of global warming in Tel Aviv and is a founding partner of “Ouroots Africa”.

Camille Roded, an Israeli-Norwegian visual artist and filmmaker, recently graduated from Central Saint Martins. Through the medium of film she explores spaces of personal stories, such as in her recent films where the inner world of collectors is represented. Camille is interested in exploring film as a tangible medium; extending the screen to a physical environment to enhance the viewers comprehension of the film. With the support of Outset Greece.