PAUL CHAN | ODYSSEUS AND THE BATHERS 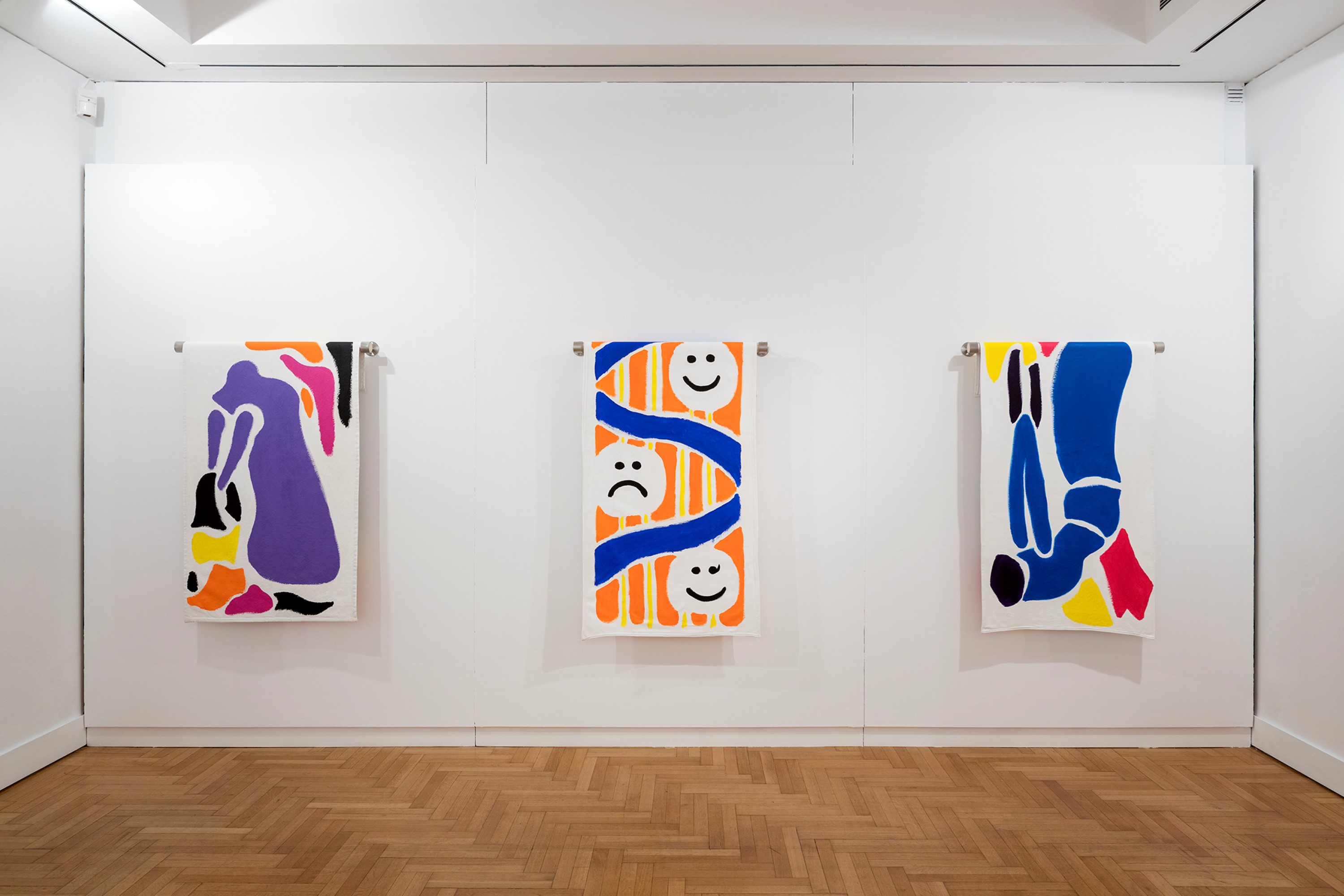 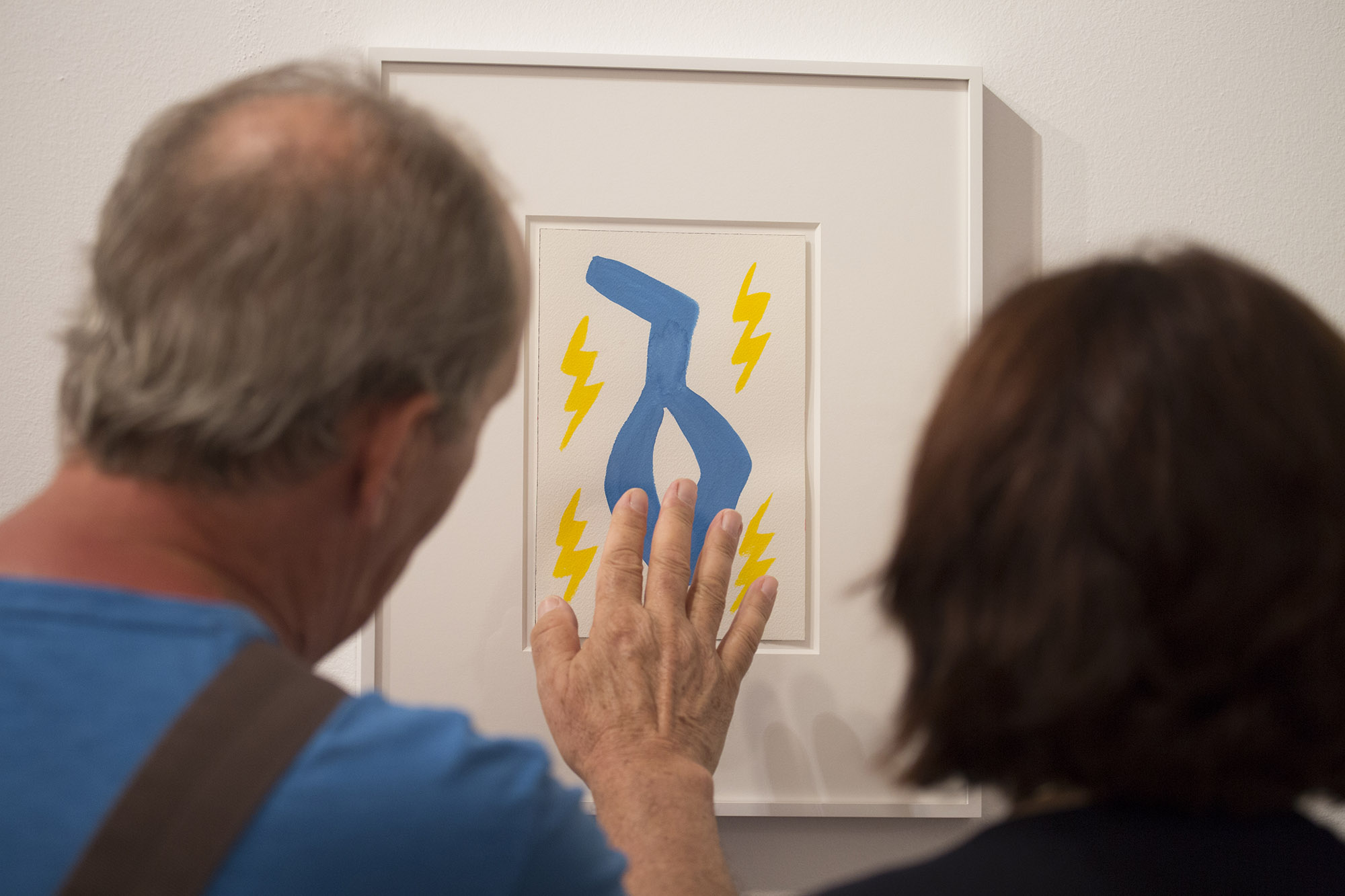 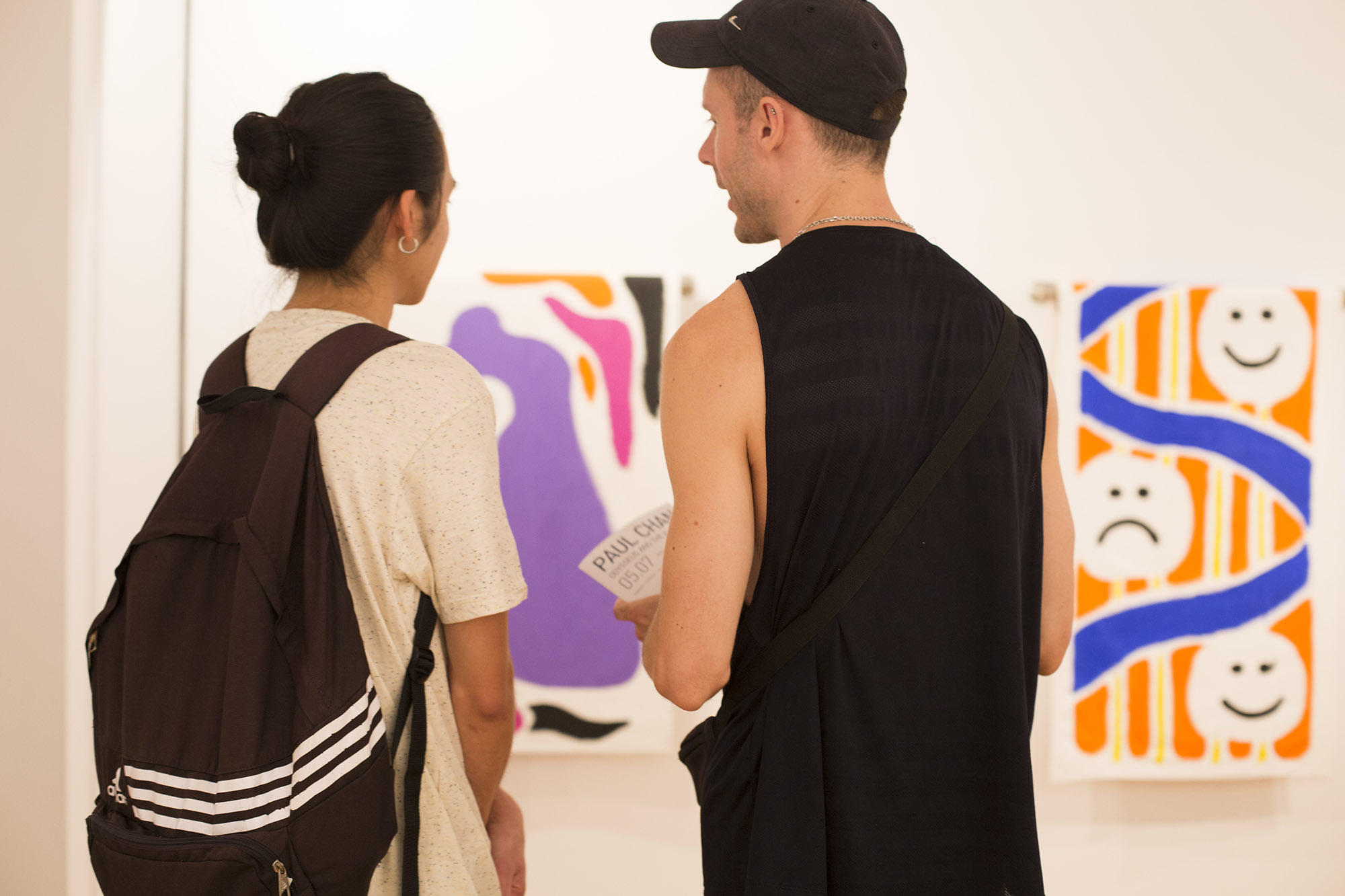 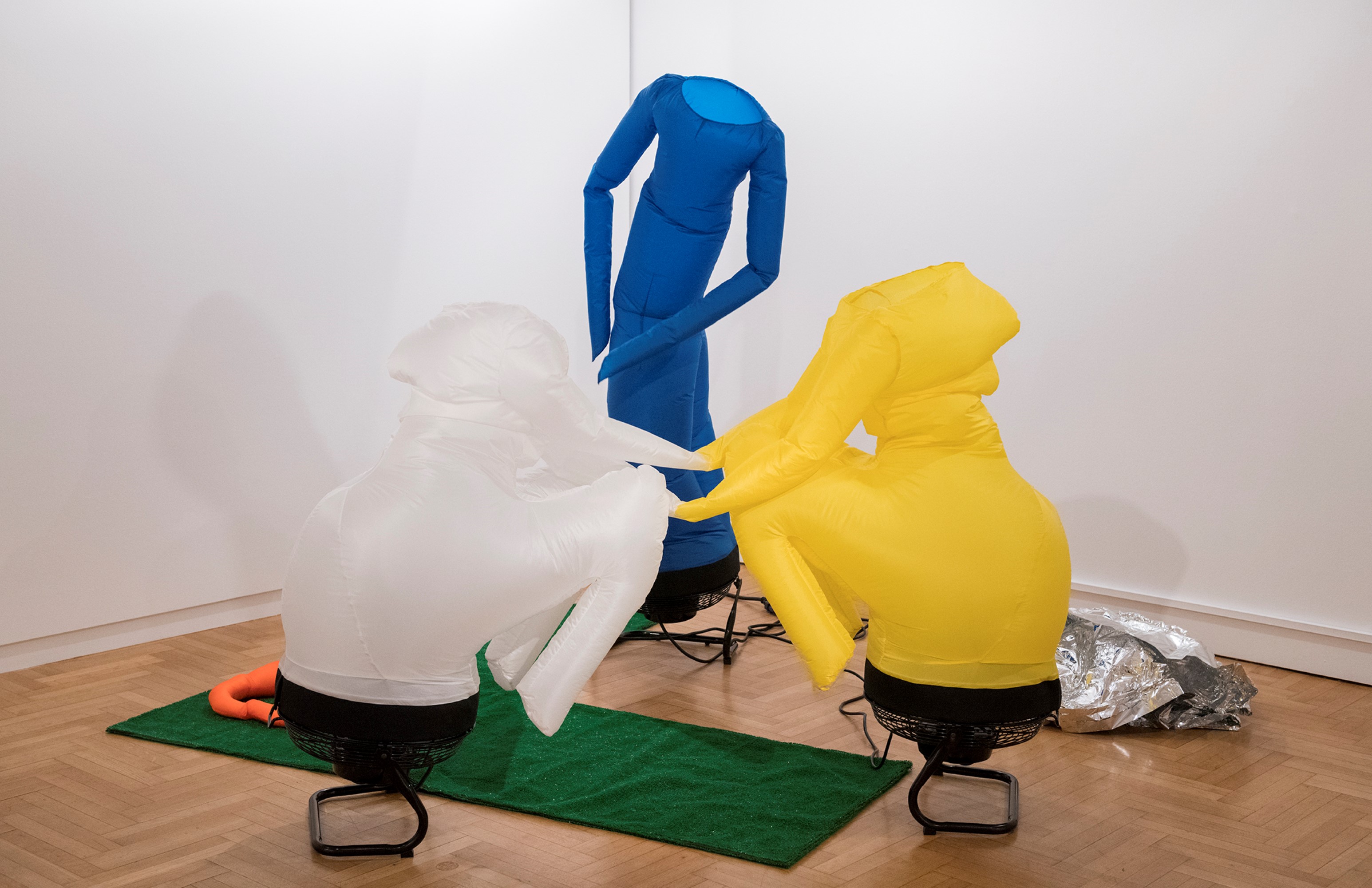 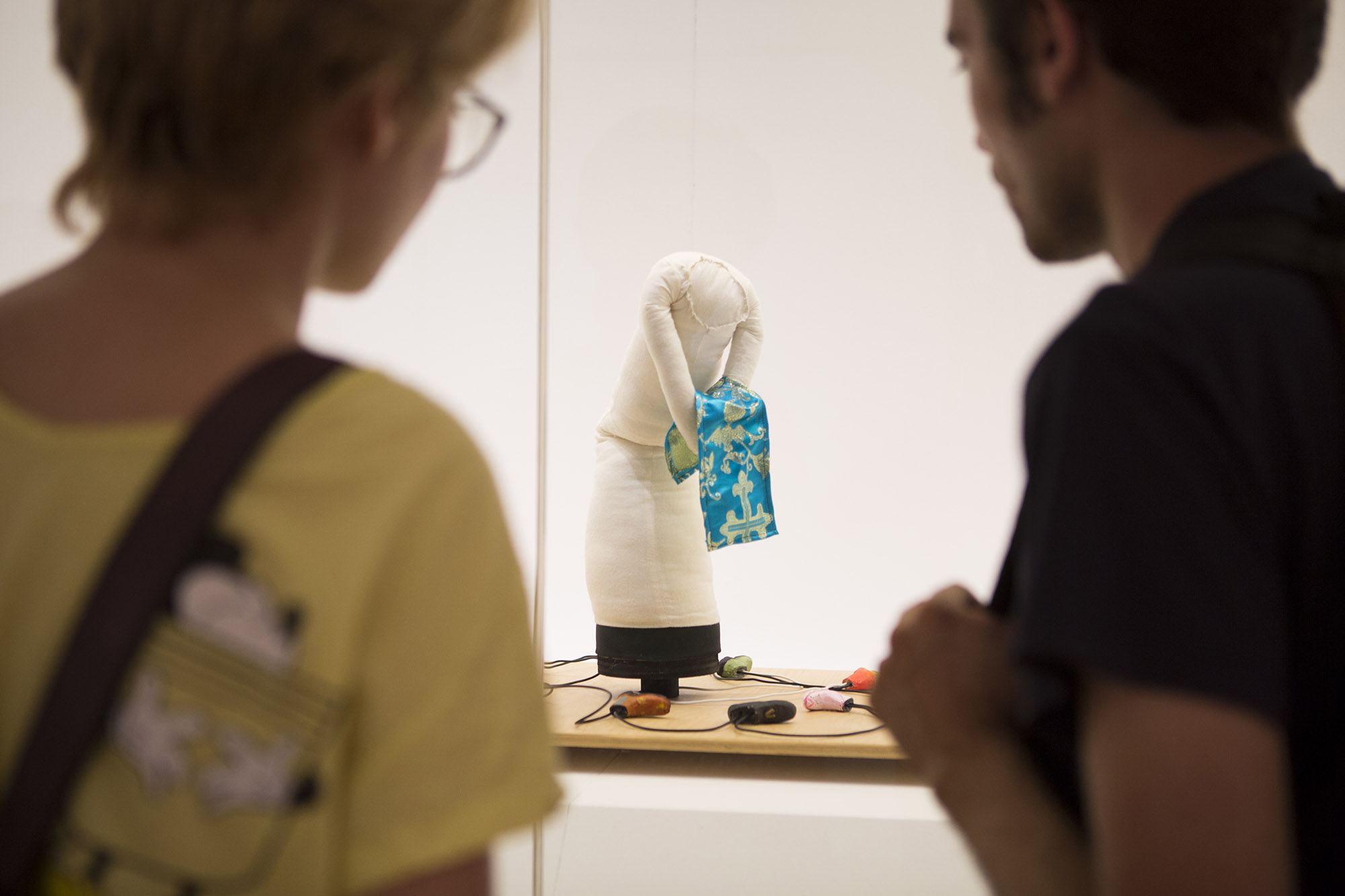 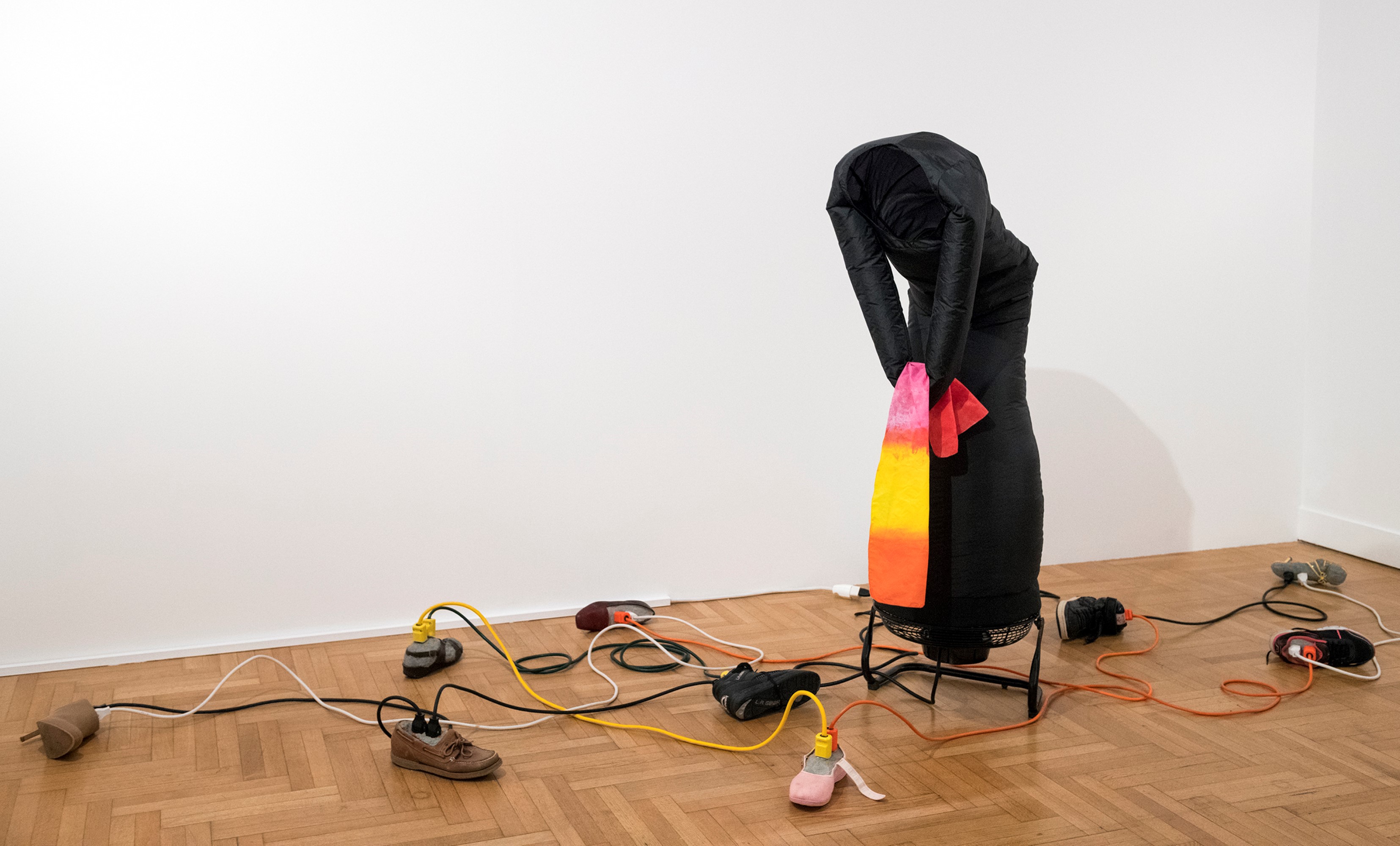 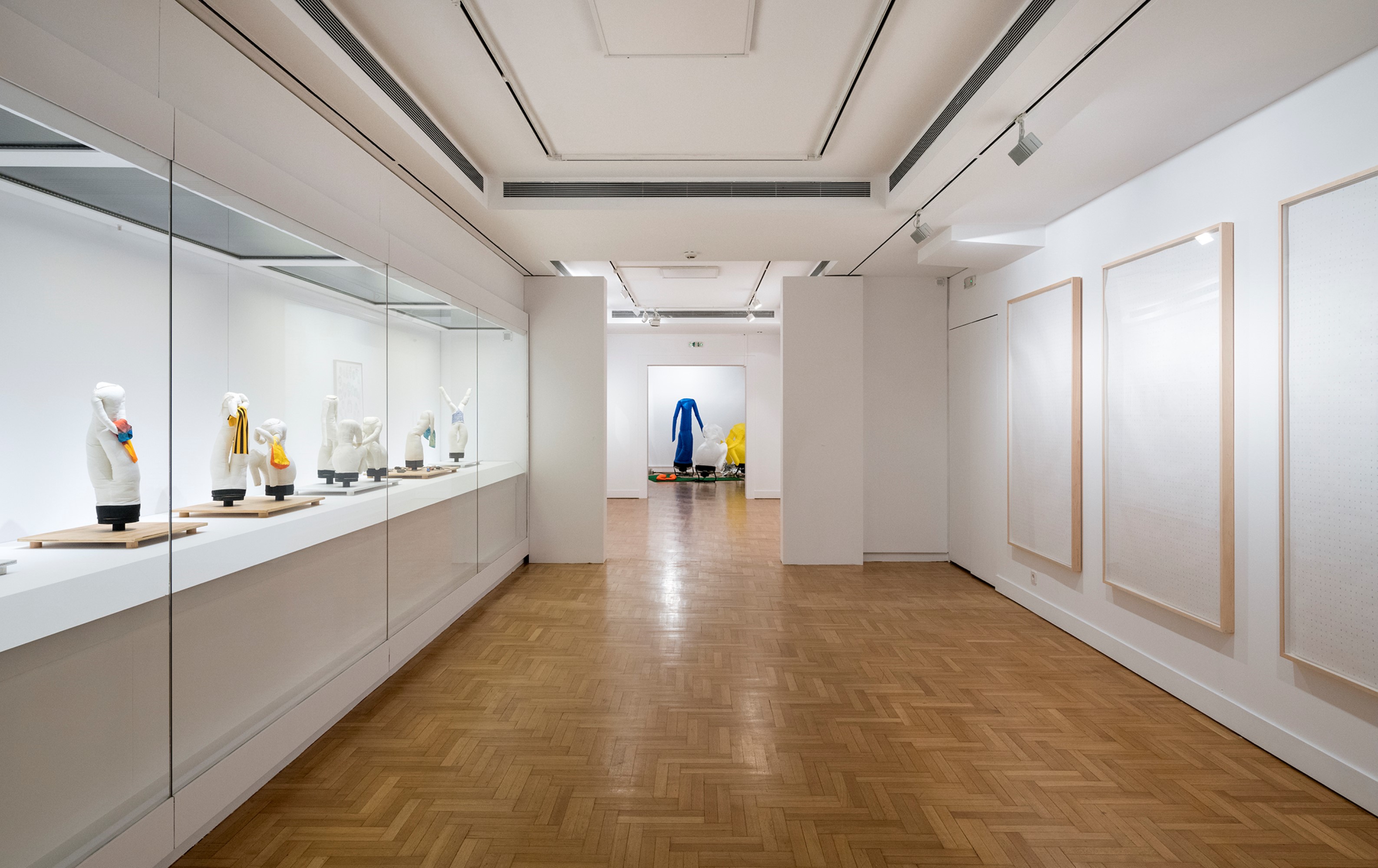 PAUL CHAN | ODYSSEUS AND THE BATHERS

Odysseus and the Bathers at the Museum of Cycladic Art presents a body of new and recent works, which the artist calls “breathers” and “bathers”. Each figure is composed of a fabric “body” designed by Chan and attached to specially modified fans. These kinetic sculptural works act like moving images in three dimensions. Incorporating techniques that combine fashion, drawing and physics, Chan manipulates how the figures move by composing the internal architecture of the bodies so they direct the airflow from the fans to create different kinds of motion. The “bathers” will be joined by gouache fabric pieces, works on paper and maquettes.

The Museum of Cycladic Art is a compelling setting for these works, which are heavily indebted to ancient Greek philosophy. In De Anima, one of the major works of Aristotle, he writes, “Knowledge is for that which moves by that which moves.” For a number of classical philosophers, from Heraclitus onward, there was a relationship between life, consciousness or spirit, and movement. There is also a strong connection between breath and how it “animates” the living in spirit and in form. Chan’s “breathers” are sometimes loosely titled after a classical philosopher or ancient intellectual movement combined with various types of wordplay.

Artists have explored the motif of the “bather” throughout history. In the late 19th and 20th centuries, artists like Cezanne and Matisse took up the motif to express evolving notions about the body, sexuality and nudity, one’s relationship to nature, and much else besides. Chan takes up this age-old motif in order to redescribe the constellation of themes and ideas the “bather” embodies for what is turning out to be a dismal 21st century. The “breathers” fulfill Chan’s stated desire to turn away from screen images. Finding new ways to create moving-image works beyond the “frame” is, according to Chan, what progress might look like.

The exhibition will be accompanied by a full-colour Greek/English catalogue, co-published by NEON and Badlands Unlimited, and designed by Kobi Benezri. The publication will include Chan’s essay Odysseus as Artist and a new essay by Thorne. Chan’s essay lays out the terms and claims of “polytropism”, an Anglicized version of the Greek term “polytropos”, a term that – in Homer – is often ascribed to the cunning Odysseus. “Polytropism” is the notion Chan has developed that conceptualizes the binding relationship between reason and creativity. A conversation between Professor Nicholas Chr. Stampolidis, Director of the Museum of Cycladic Art, and Elina Kountouri, Director of NEON, on the notion of “polytropism” will also be included in the catalogue.

In collaboration with the U.S. Embassy in Athens. 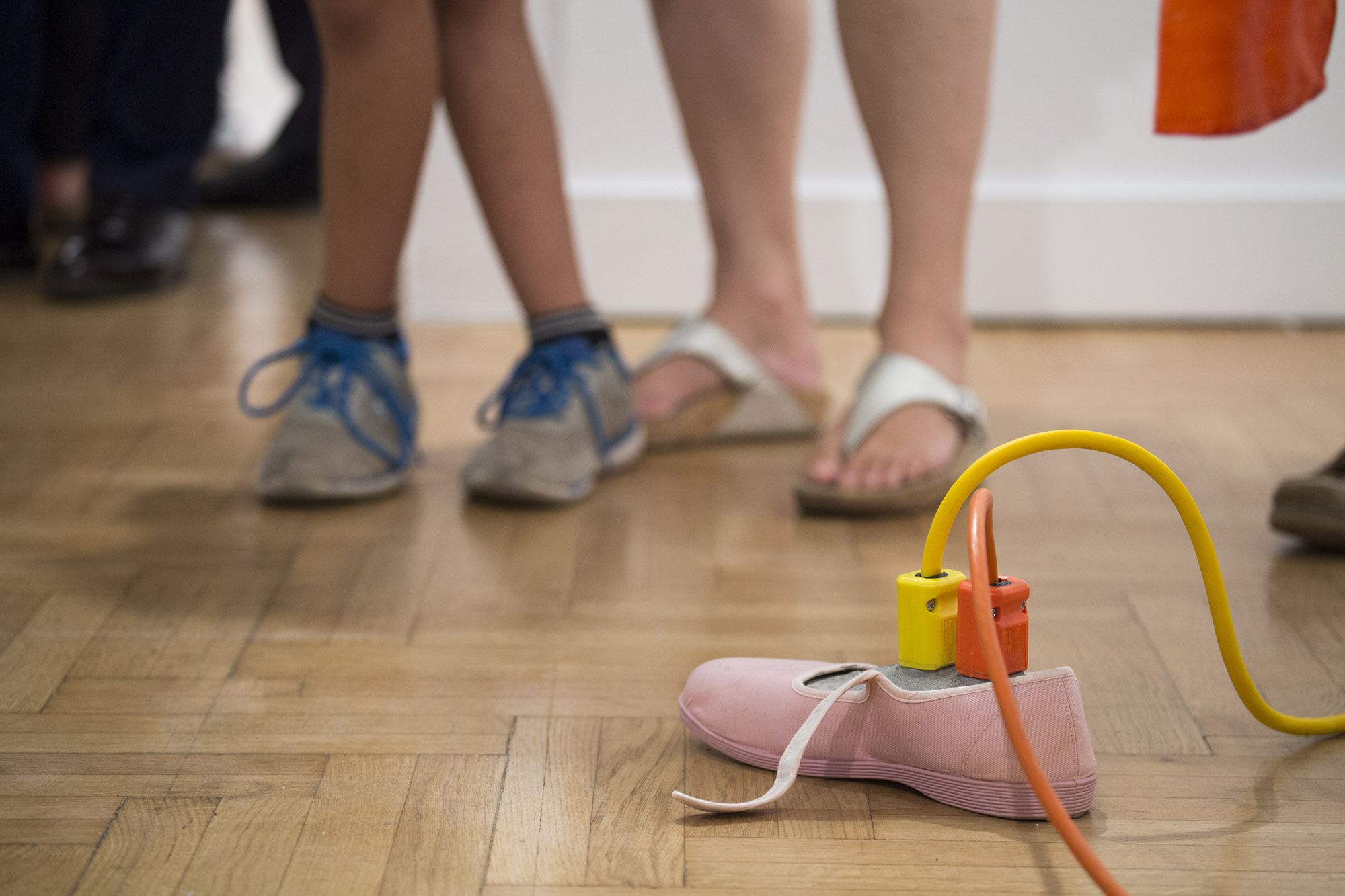 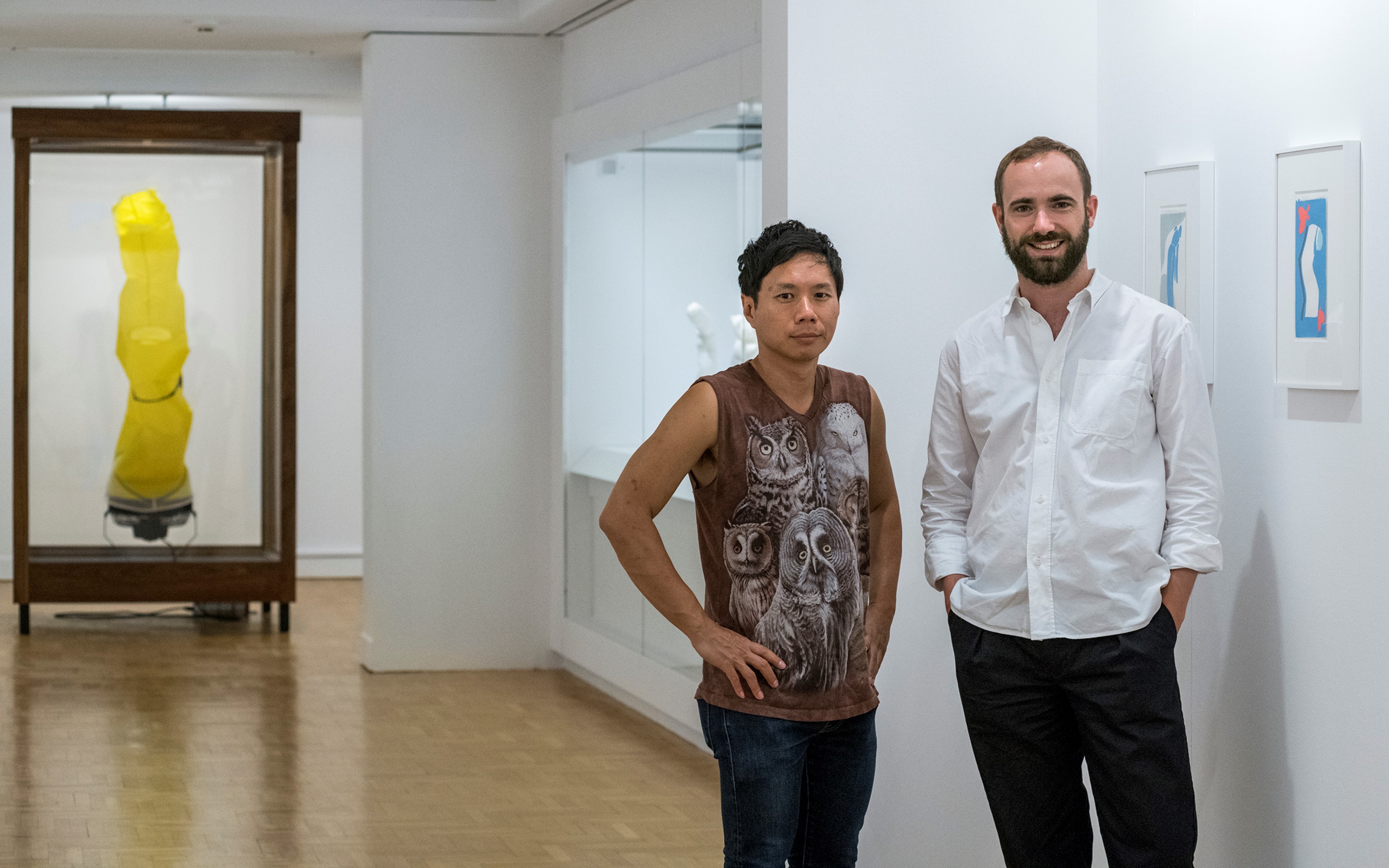 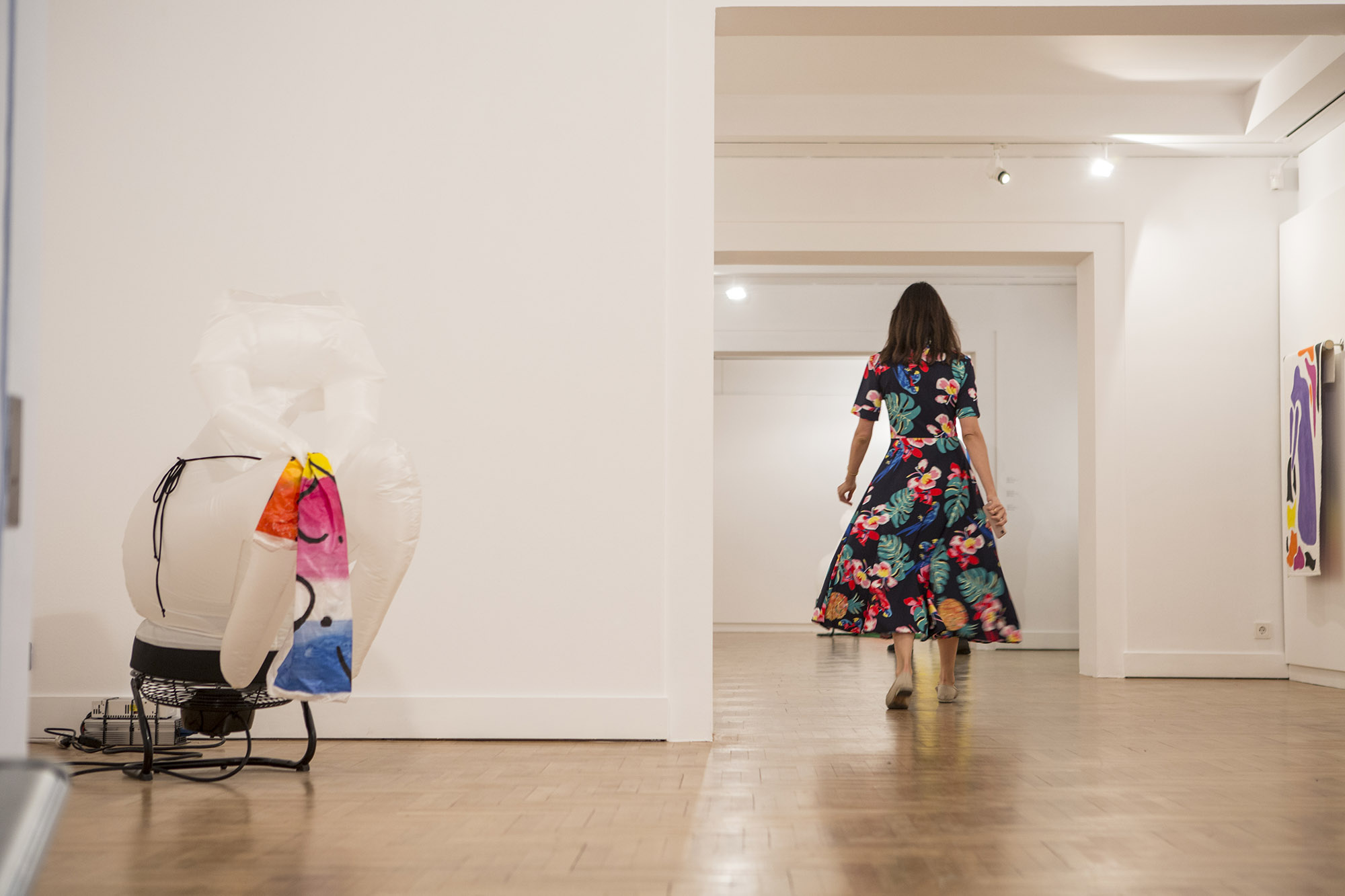 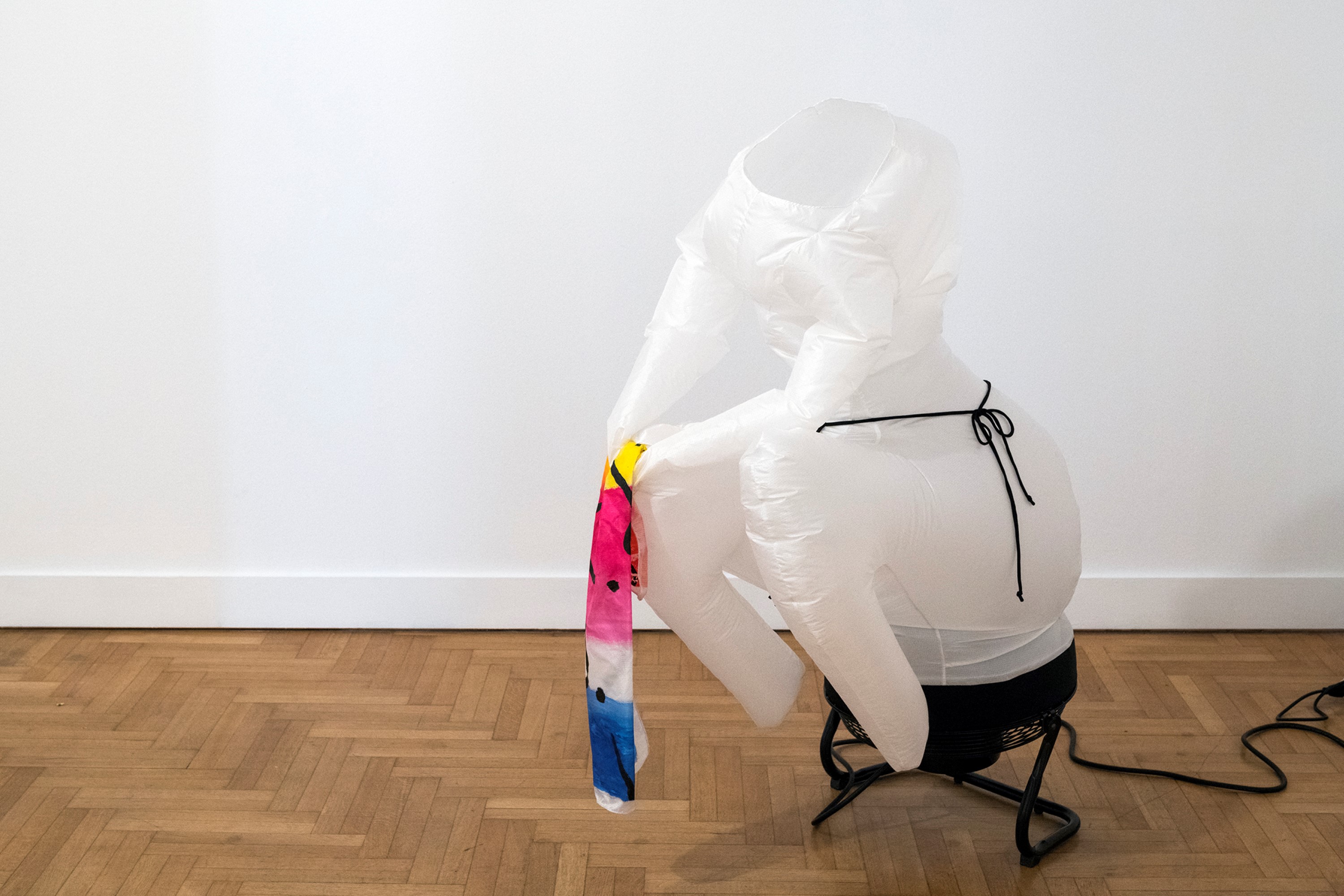 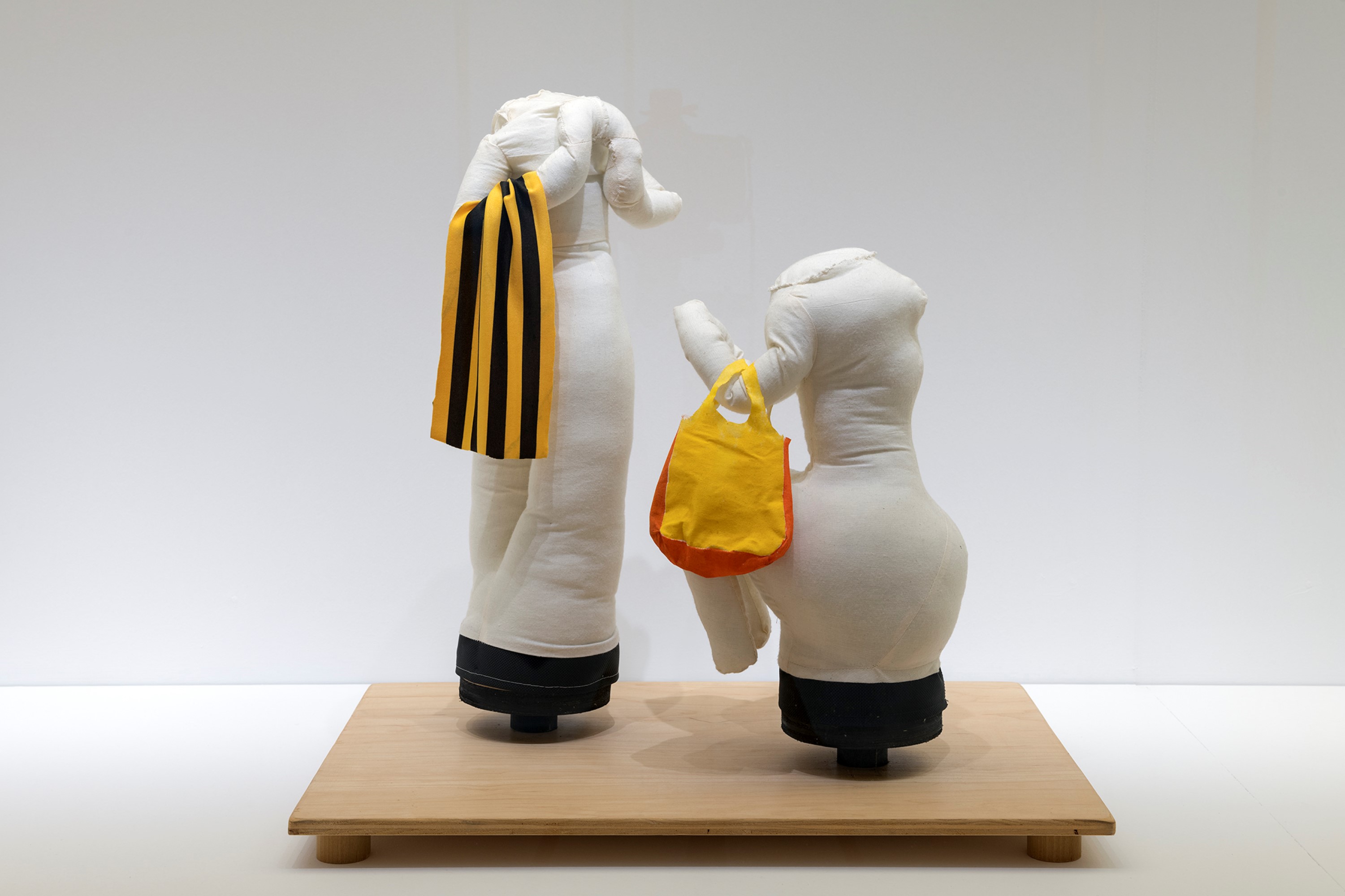 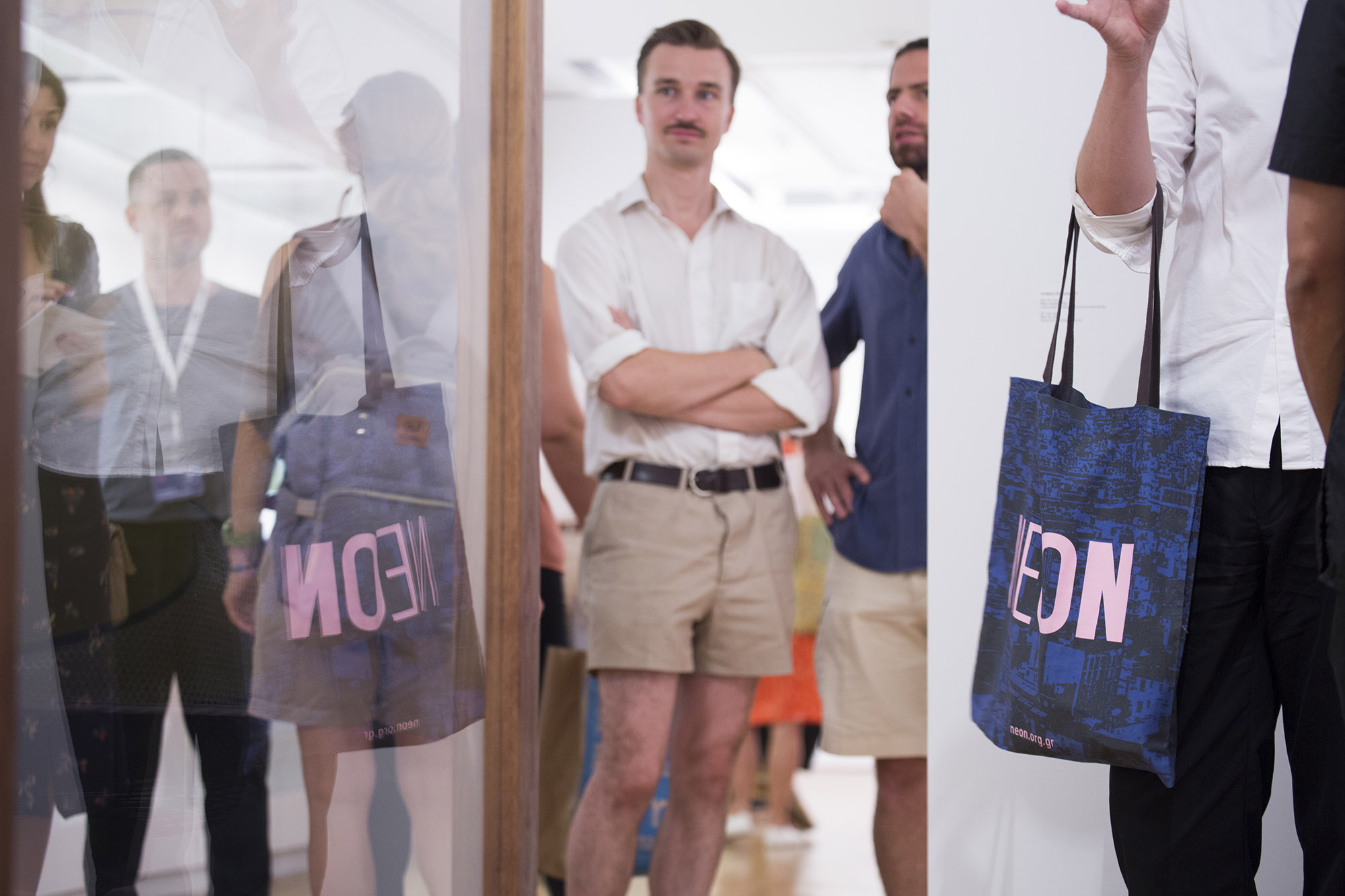