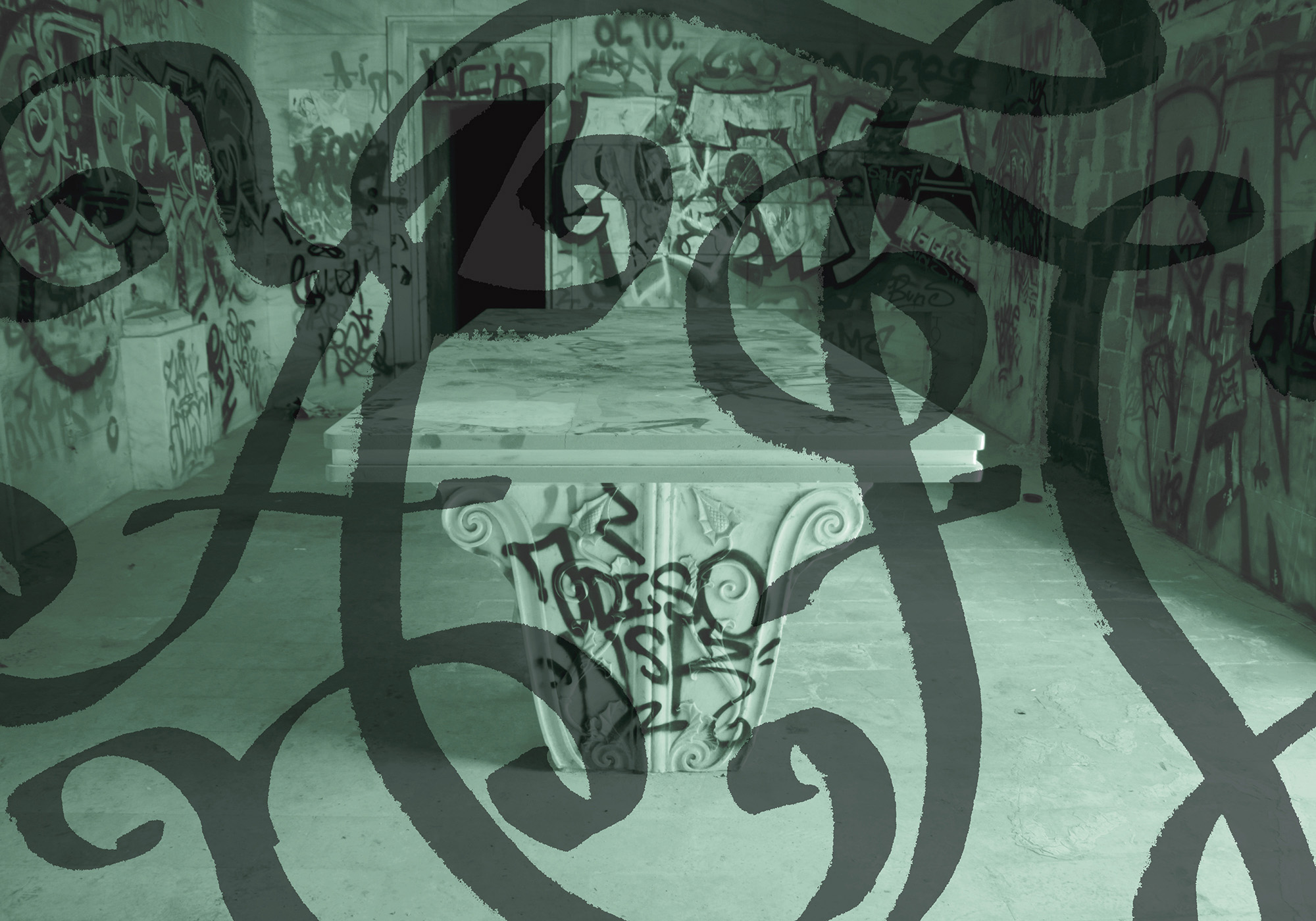 Alexandros Iolas welcomes Andy Warhol for a Last Supper in his fabled Villa in Agia Paraskevi. The relationship between the two men is central to the concept of the show. Iolas assigned Warhol the Last Supper series; after its production and exhibition in 1987 they both died a few months apart.

The marble table of the vandalized Villa Iolas becomes the core of Let’s Supper, Mr. Iolas | Resurrection RE as a remnant of the Villa’s glorious days, as an enigmatic locus of accumulated narratives. With the uninterrupted projection of one of the works of the series on the surface of the table the scene of the Last Supper will be taking place, or better, will be re-enacted, throughout the exhibition.

Twelve artists-”banqueters”, twelve artistic approaches, are symbolically invited to the event to compose it. The works will be installed in the Garden of the Villa as well as on the building’s shell. The gates will open to the public daily when the sun sets and the Dinner is served. With the support of NEON.