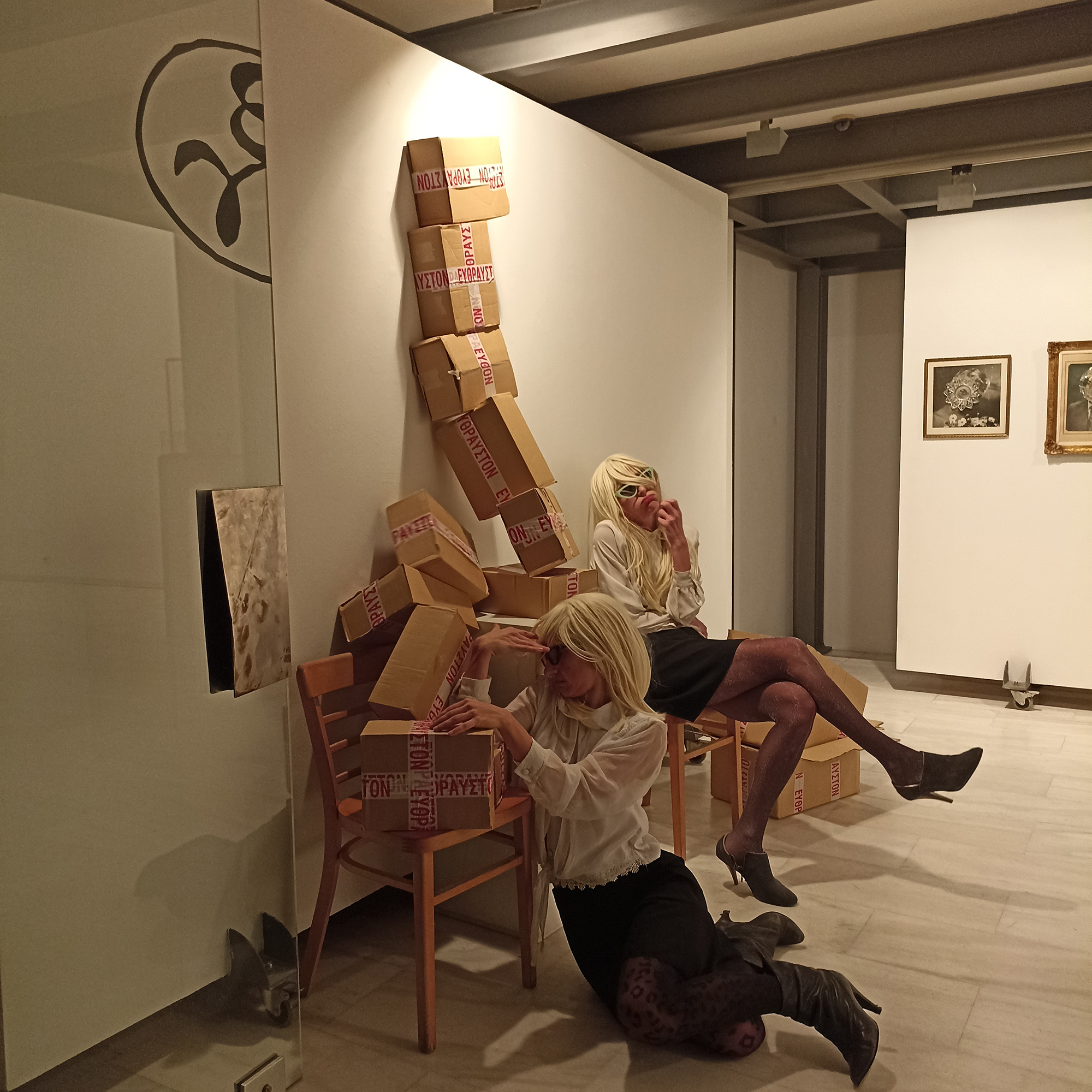 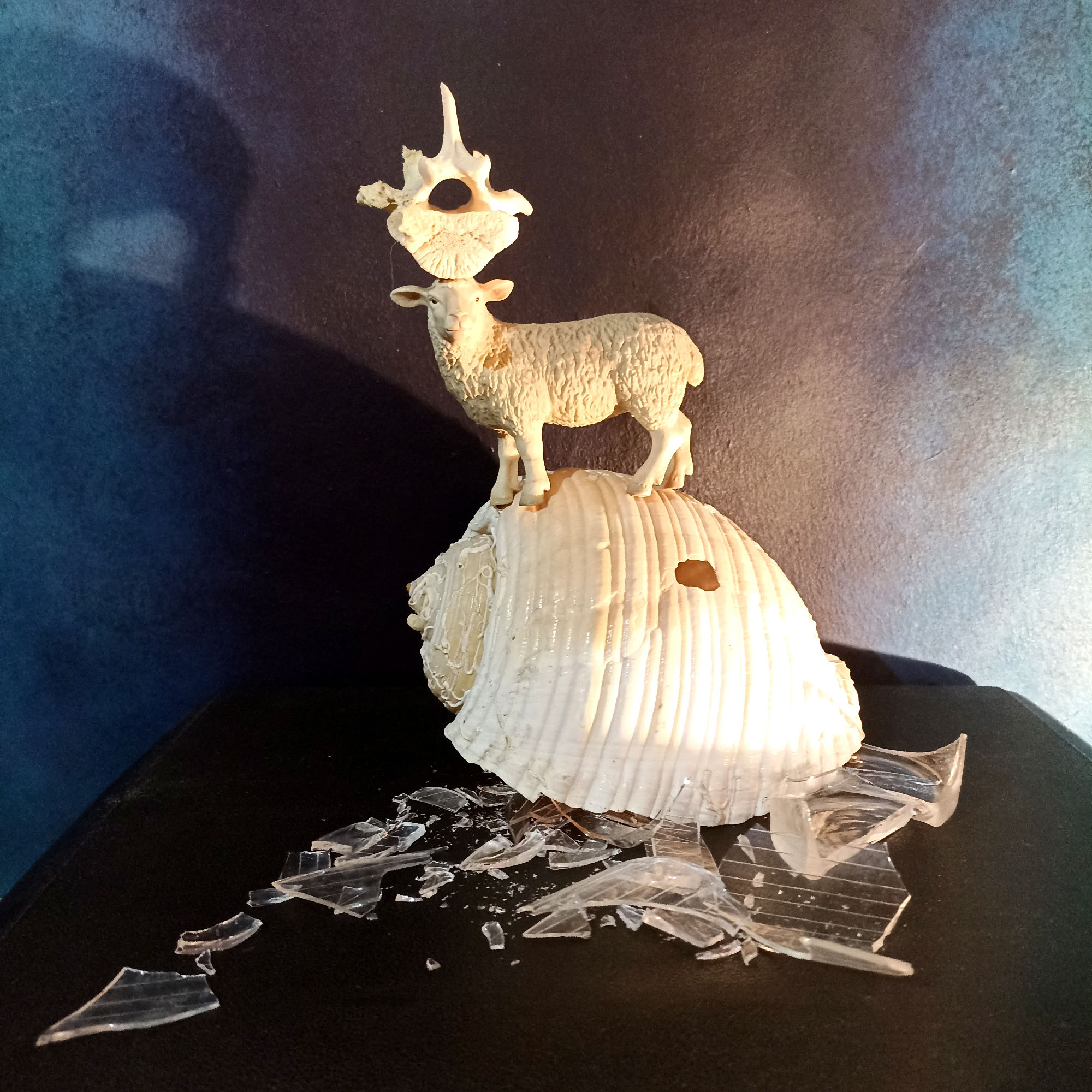 Natasha Sarantopoulou and Ioanna Antonarou, as well as the visual artist Periklis Pravitas, delve through their work into the spectrum of the familiar and the uncanny. This is their meeting point. As if they were visitors or as if they had always been there, the two performers are sighted in the exhibition’s venue, and they engage with Pravitas’s fragile work – always “following protective rules and protocols”. As they self-induce peculiar movement occurrences, they fail to habituate their own body and its mechanics. That way they initiate the creation of a paradoxical, undefined movement language that seeks to approach pointlessness through an awkward naivety.

The performance Jamais Vu is supported by NEON Organization.