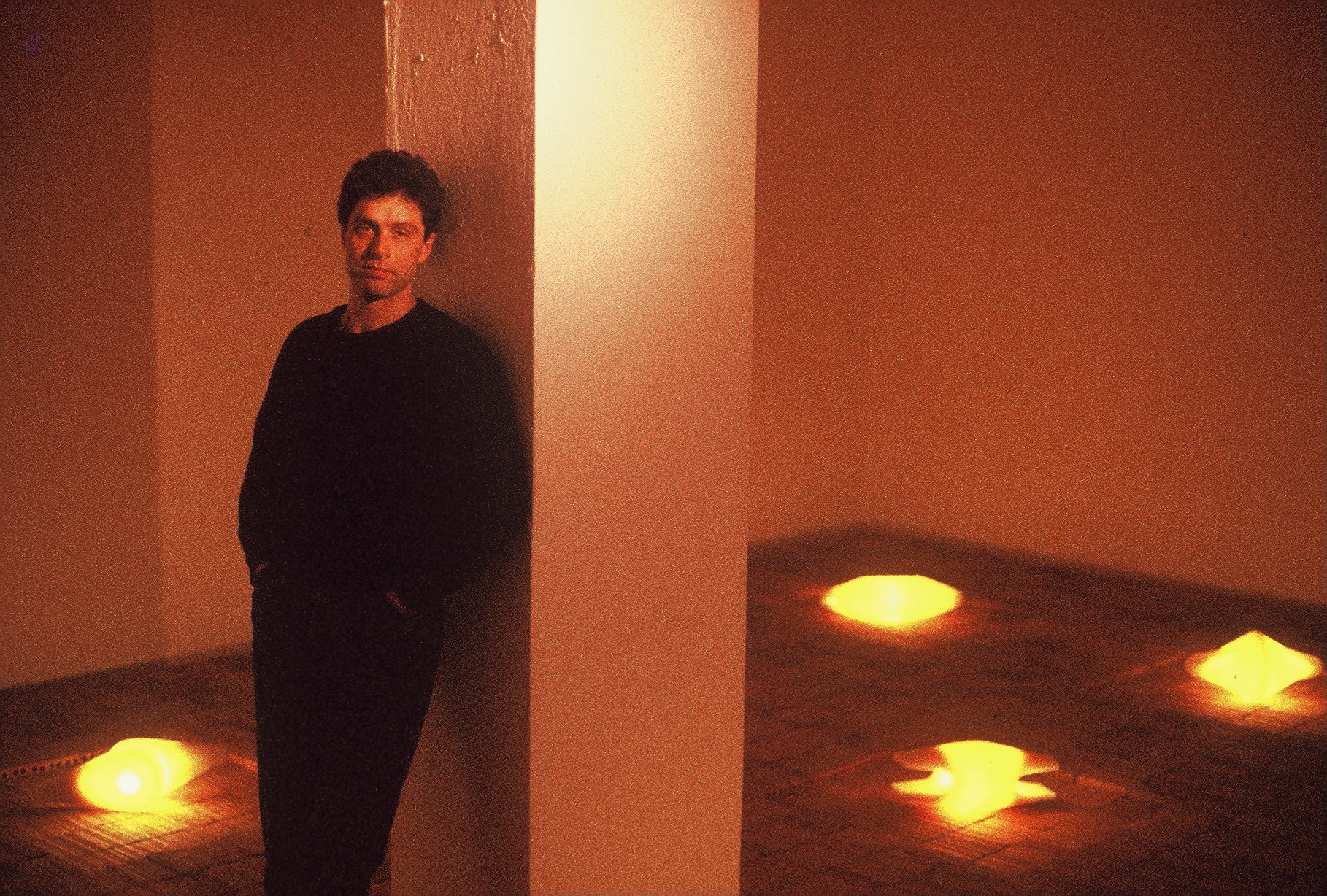 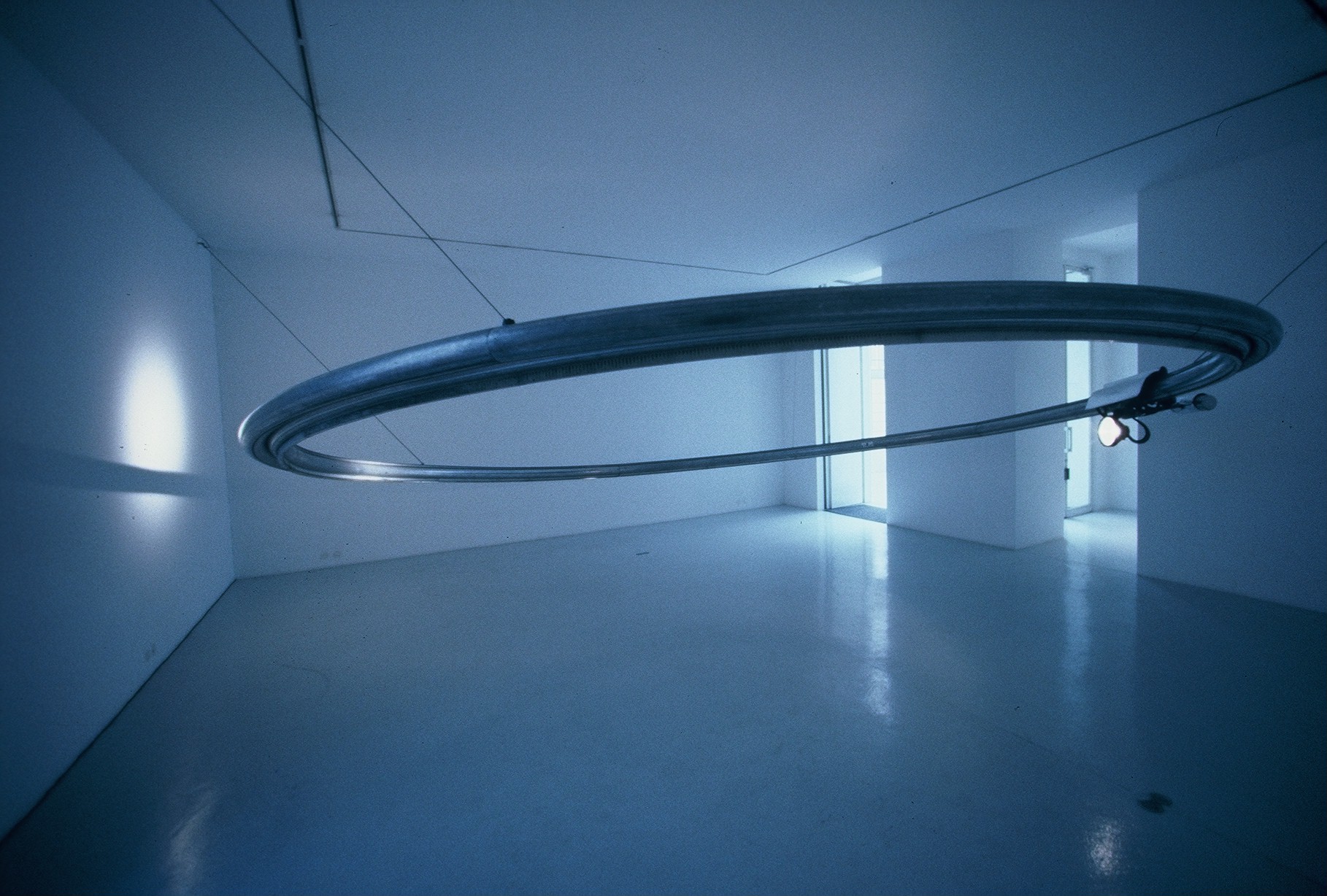 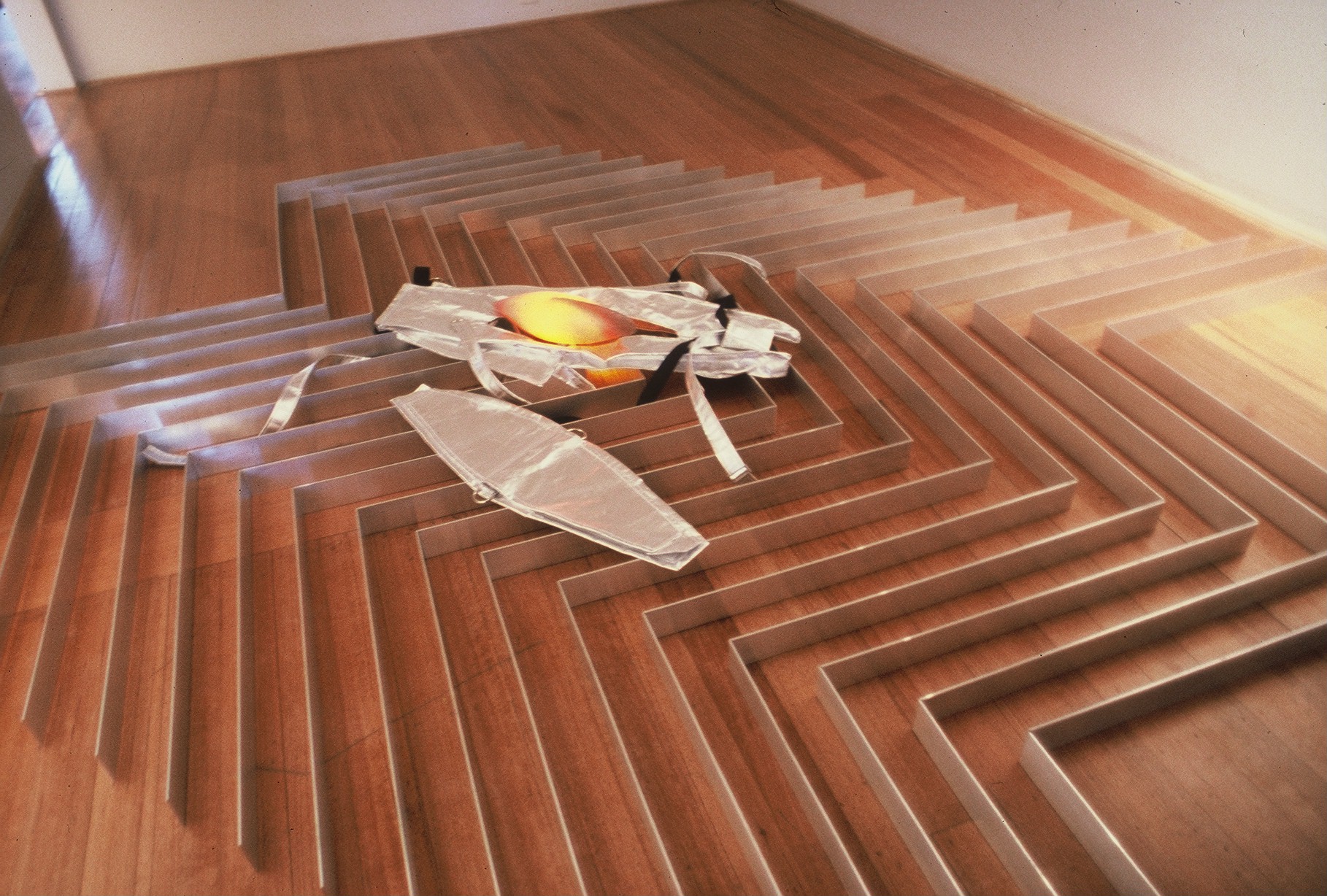 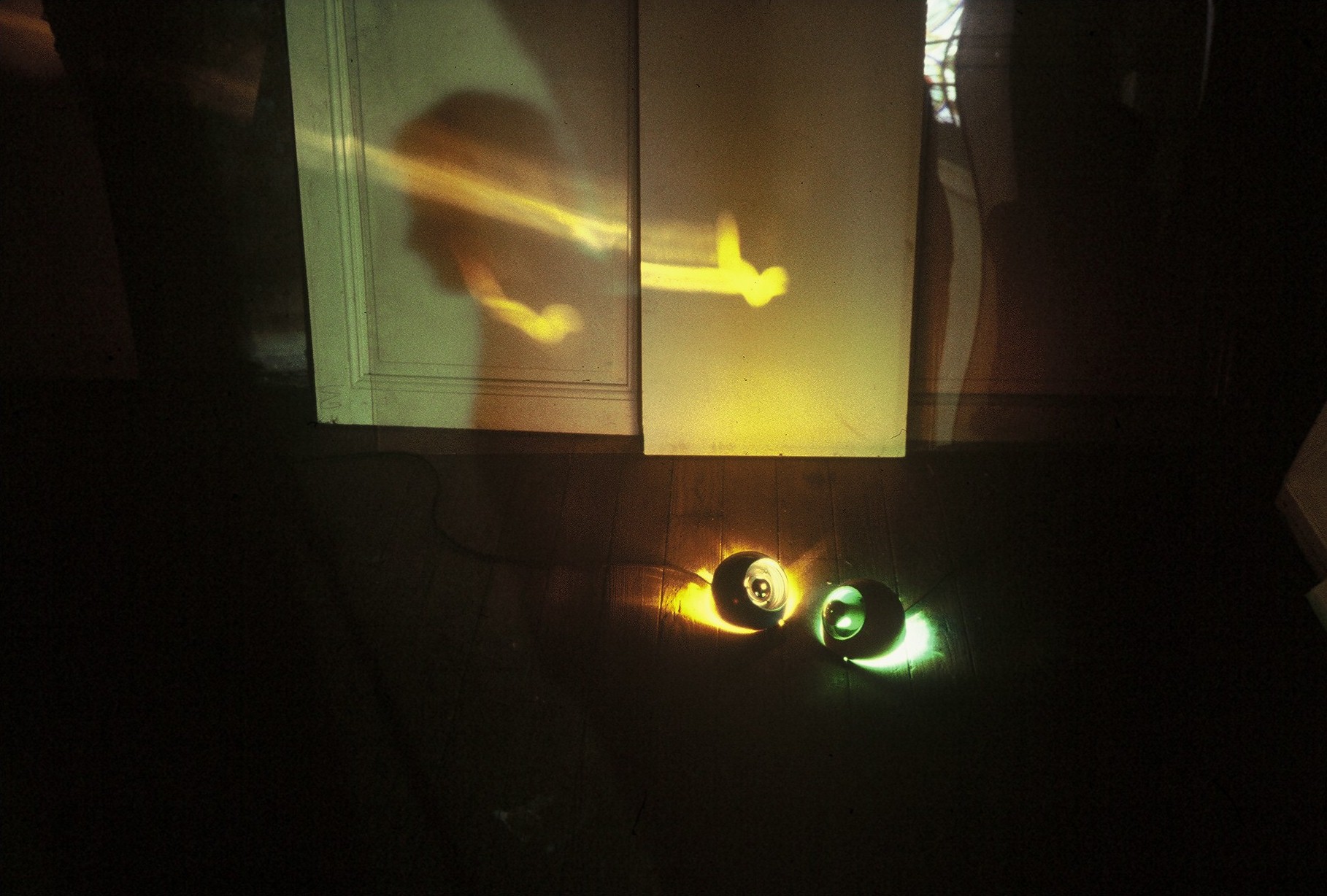 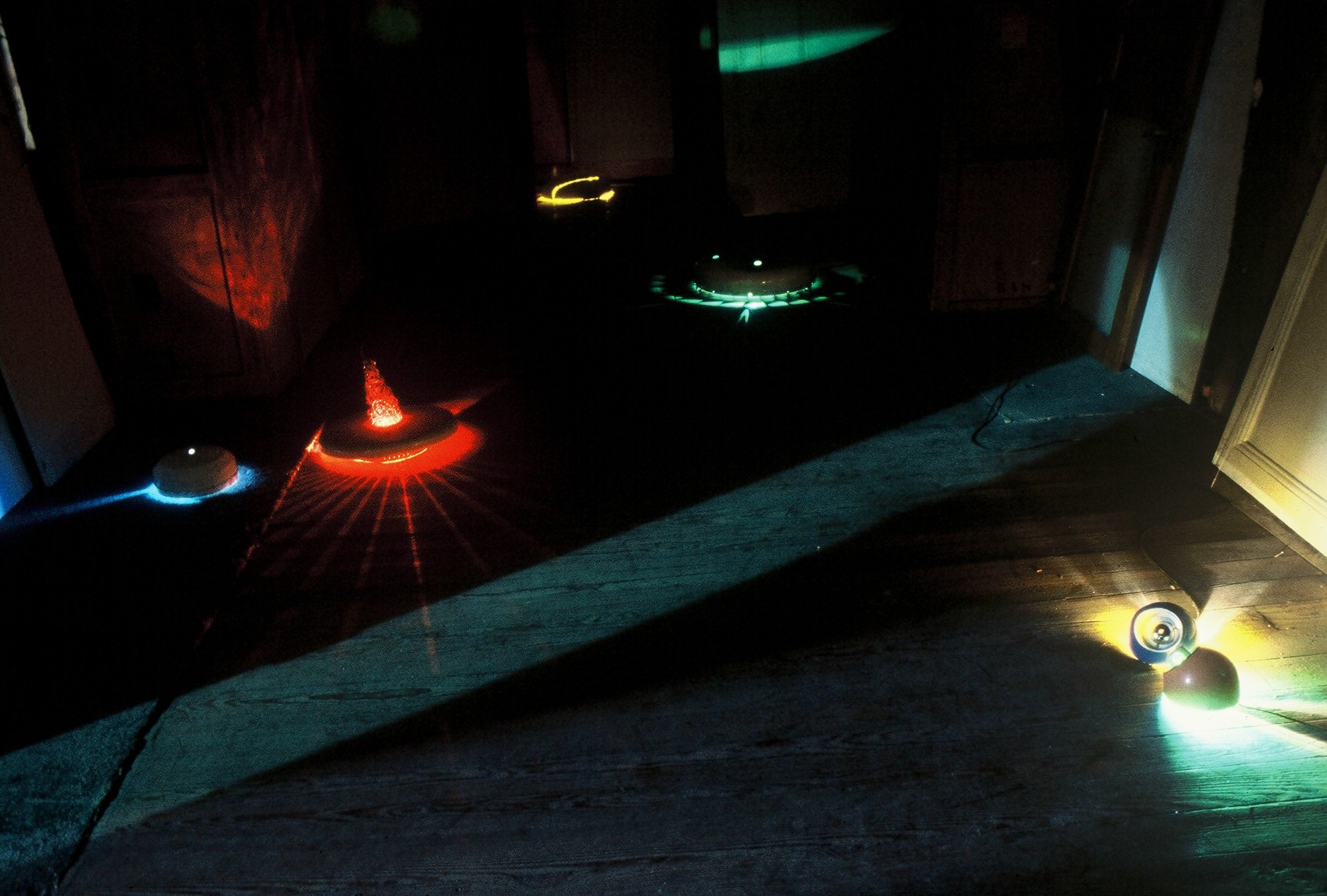 On Monday the 4th of December, at 20.00, the first retrospective exhibition of Christos Tzivelos titled Mοdelling Phenomena opens at the Benaki Museum Annexe on Pireos street. The exhibition will run until the 18th of February 2018.

Christos Tzivelos (1949-1995) defined his engagement in art through the intellectual and manual processing of nature. “The artist’s hand,” he said in an interview, “can cultivate a relationship with natural phenomena such as light.” Entitled Modelling Phenomena his first retrospective exhibition presents the key moments in his oeuvre, highlighting its lesser-known or unknown aspects.

Using mainly light, Christos Tzivelos created a series of poetic and highly meditative images that justify his place among the most gifted Greek visual artists of the ’80s and ’90s. The exhibition at the Benaki Museum underscores his relation with semantics, Greek mythology, philosophy, alchemy and cosmology. It also traces the different stages in his work, with an emphasis on the three-dimensional, self-illuminated installations for which he was best known.

The exhibition comprises works made between 1977 and 1995, starting with a replica of his interactive installation for the group exhibition “Myth and Reality” in Bari, Italy, and ending with an unfinished drawing from the “Lights-Fossils” series. Also presented are his intangible works, such as the projections of insects, and the spherical glass bulbs. A wealth of material from the artist’s personal archive (sketches, models, handwritten notes, invitations, catalogues and books) are exhibited in showcases, along with the screening of a digitized film, courtesy of Diohandi, with Tzivelos’s early installations in the context of group exhibitions of Greek artists abroad.

For Tzivelos light has functioned as the primal material, as a materia prima, since 1983. It is enclosed in sculptural forms of wax or resin. Light shapes the forms, raising them from darkness. Tzivelos connects light with cosmogony, the myth of the creation of the universe and, indirectly, with cosmology and the Big Bang, since light and fire are equated. Hephaestus, Prometheus, Hermes/Mercury, Hermaphroditus, Ares/Mars, the god of war, and Apollo, the god of light, are intertwined in the artist’s occult installations that function as geometrical “magical signs” and narrations full of multi-layered meanings.

Christos Tzivelos’s retrospective at the Benaki Museum attempts to record and present the traces of a “falling star” to a broader public. In the eighteen active years before his untimely death in 1995, the artist managed to leave behind a remarkable body of sculptures characterised by originality, cohesion and maturity. As an epic artist and a genuine headlight child, he has bequeathed certain images of thought which continue to elicit strong emotions.

The exhibition is accompanied by a bilingual publication (English-Greek) of the artist’s work. The book, edited by Christopher Marinos and Bia Papadopolou, is designed by Studio Lialios Vazoura. Christos Tzivelos – Modelling Phenomena is published by the Benaki Museum and Big black mountain the darkness never ever comes (Athens 2017). With the support of Outset Greece.