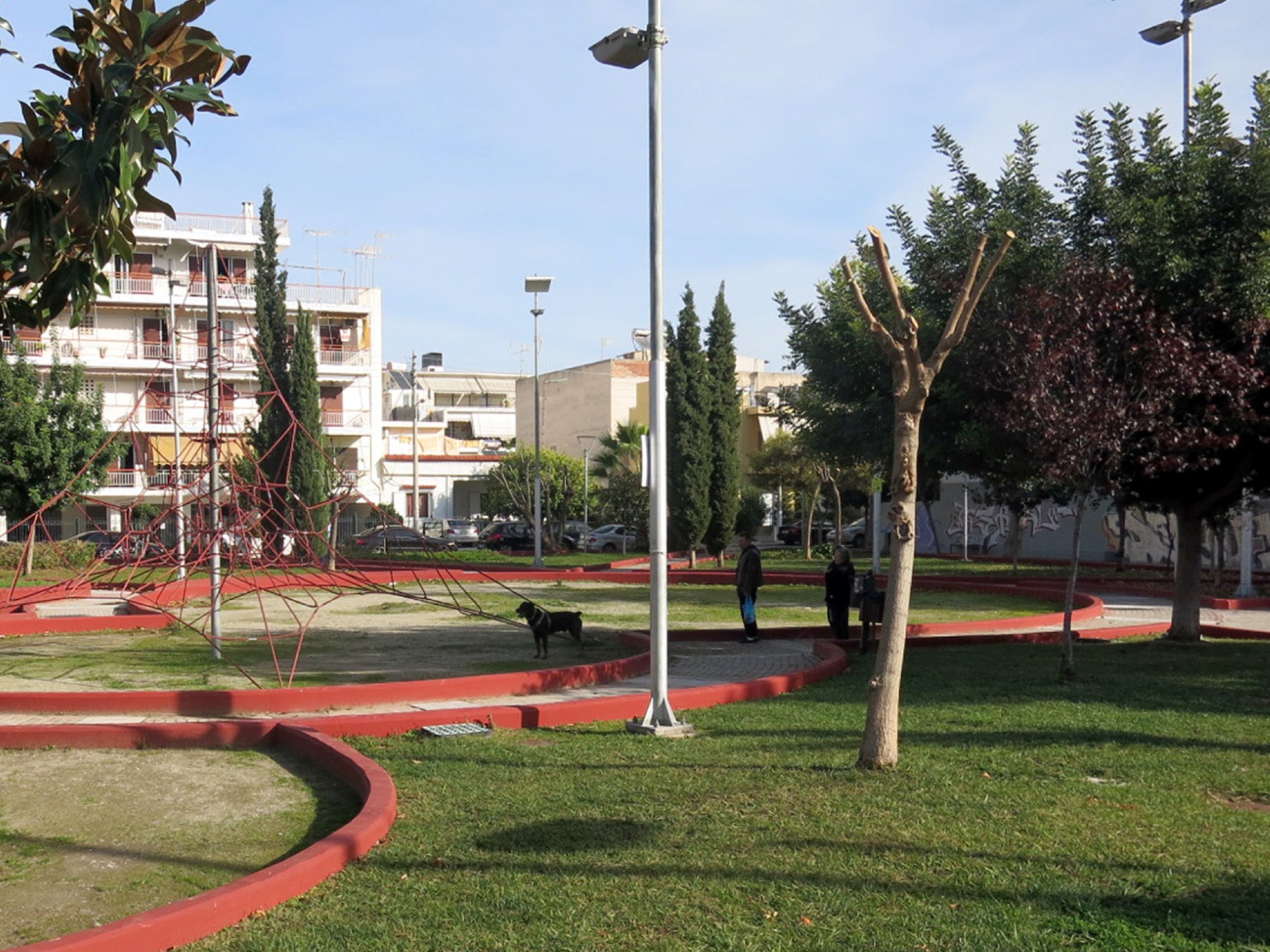 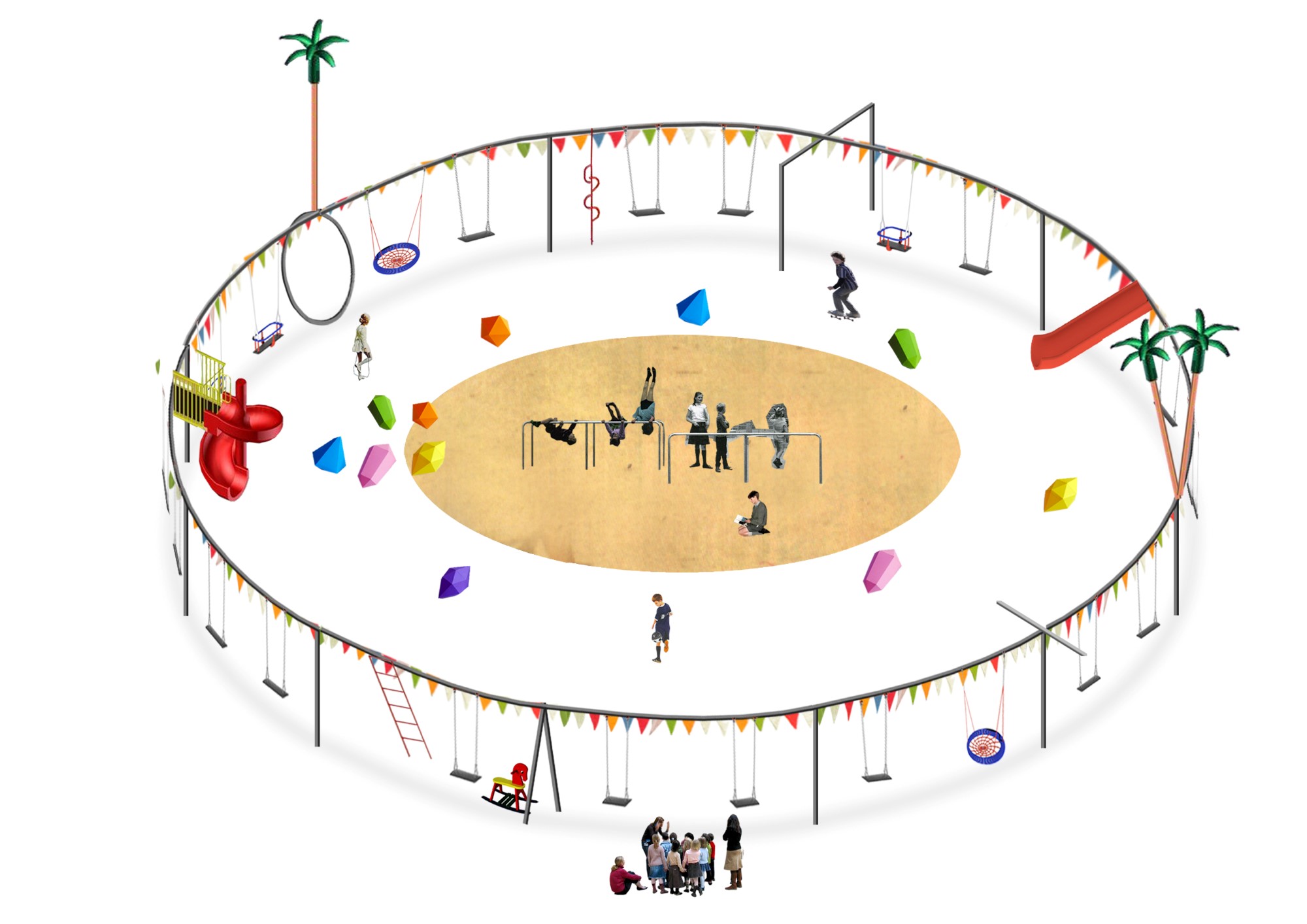 Point Supreme architects have designed a new playground in Kythrea Square in Aigaleo, a Western suburb of Athens. Their playground is designed so that children can play in a circle, encouraging them to discover new ways of engagement and an alternative dramaturgie of play.

The round playground was conceived as a circular structure that unites all the different elements of play so that the children using it will face each other, allowing them to feel as if they are playing together, sharing the same games. The playground hopes to encourage a feeling of community play, collaboration and interconnectedness.

The playground covers 350 m2 and incorporates slides, swings, swinging chairs, ladders and other structural elements that add a playful tone to the playground’s design. The playground is a continuation of a previous work by Point Supreme, Serpantina, based on their research for an affordable shade structure for public spaces. Serpantina won the 1st prize in a competition in Tel Aviv and was constructed in August 2015.